VIDEO: What Made These American Citizens Stand In Silence Will Bring Tears To Your Eyes 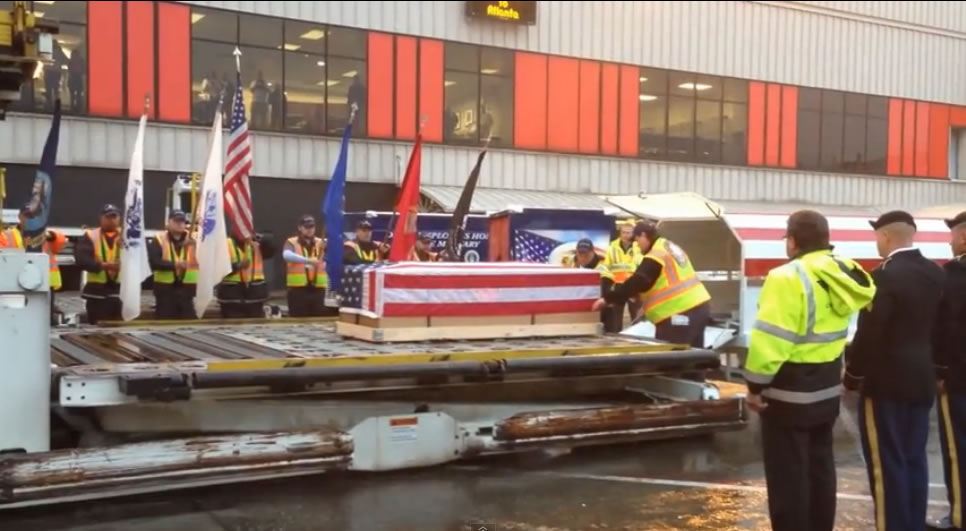 [1]This is one of the most moving videos you will ever see. The coffin of a soldier who lost his life overseas is shown, draped in an American flag, being transported off a plane and onto a service vehicle. People inside the terminal respectfully watch the ceremony through the window.[2]

The Delta Honor Guard is a select group of baggage handlers and airline employees that held a ceremony as the caskets were transferred onto the plane.

Their patriotism is even more admirable as you see them honor the soldier’s K9 partner who was specially trained in IEDs while transferring his smaller coffin.

Seeing the small coffin moving will choke you up just as much as the larger one. Afterwards, the military officers present shake the hands of the Delta Honor Guard, who are holding up flags. Then the pilots walk through and shake their hands. Most civilians have no idea this type of ceremony takes place, fortunately Delta has made this video to show the immense respect the airline has for our most valiant.