VIDEO: Would You Try a Pepper 400 Times Hotter Than a Jalapeno? Daredevil Teen Tries a ‘Ghost Pepper’

Teenage boys are constantly daring each other to do dangerous things, and where in times past it just made for great stories to remember each other by, now there’s often video evidence uploaded to the internet. One boy’s immediate regret over eating a ghost pepper[1], which is 400 times hotter than a Jalapeno pepper, is memorialized on YouTube. 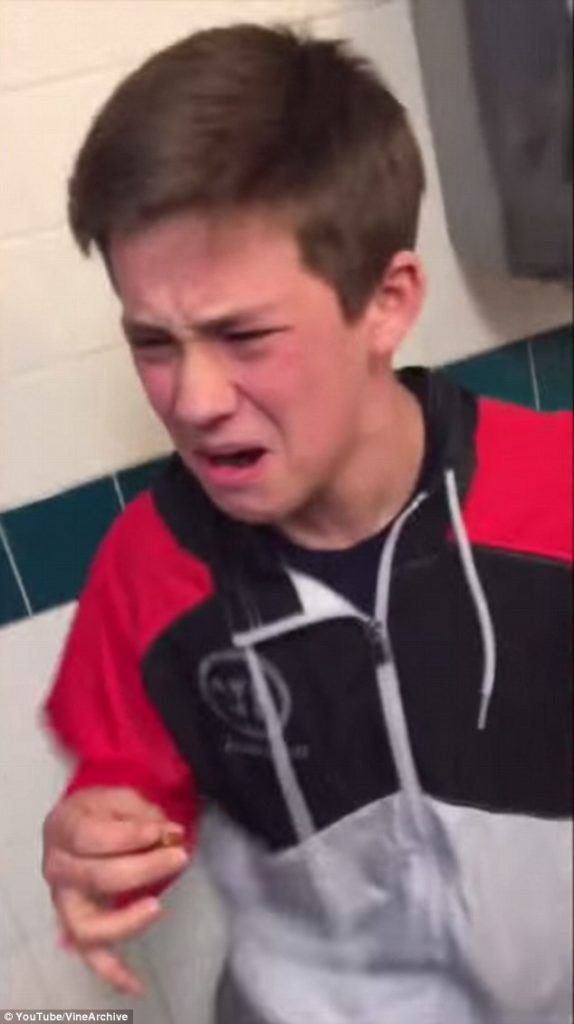 Many have heard the adage ‘don’t play with your food.’ But one boy got perhaps a more important lesson: don’t play with ghost peppers.
In a video uploaded to YouTube a little over a week ago, an unnamed American teen boy wearing a hooded sweatshirt and sweatpants is seen eating the Indian Bhut jolokia — or ‘Ghost Pepper,’ in a bathroom with his ‘friends’ filming the spicy encounter.

The boy is seen holding just a sliver of the pepper as a voice is heard saying ‘ghost pepper challenge.’ The boy pops the morsel into his mouth as another child delivers one final warning: ‘don’t swallow it.’

But it was too late.

Within seconds of the boy putting the pepper into his mouth, his face turns bright red and he is heard screaming ‘It’s hot! It’s hot! It’s really f***ing hot!’

Yes, it’s really f***ing hot! The boy runs around, crying, for the rest of the video. It’s a great way to remember to never, ever swallow a ghost pepper.