Hilarious!! Chris Christie once fell off his chair during a studio radio appearance and there is a VIDEO[1] (See Below) 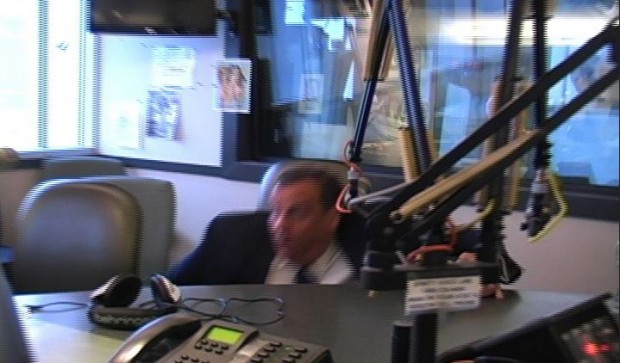 New Jersey Gov. Chris Christie once fell off his chair during a studio radio appearance. We know this now because there is video of it.

Christie joined Angelo Cataldi and the 94WIP Morning Show in-studio last June and fell off of his chair upon entering the studio. While the hilarious moment was captured on camera, Cataldi had kept the footage private—until now.

Cataldi, who lives in New Jersey, was appalled by Christie’s decision to cheer for his beloved Dallas Cowboys in owner Jerry Jones’ box during the team’s playoff run, including during Week 15’s Cowboys-Eagles game in Philadelphia.