Forty-five years ago, legendary actor, director and producer John Wayne [1]hosted a variety special, “Swing Out, Sweet Land,” in which he and dozens of noted actors and actresses teamed up to celebrate American history. When you learn just how far Hollywood has fallen from truth since…you will be SHOCKED. 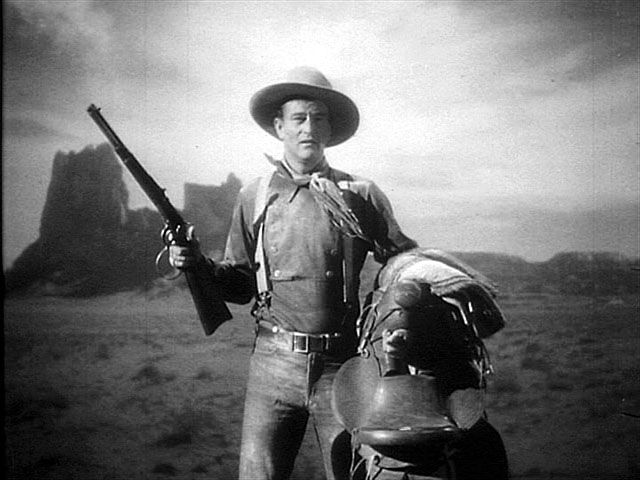 The episode was reportedly recorded as a response to the growing protests against the Vietnam War.

According to the Amazon description of this show, which has since been renamed “John Wayne’s Tribute to America,” Wayne walked through key moments in American history by interviewing actors and actresses playing the role of notable Americans such as George Washington, Mark Twain and Frederick Douglass, to name a few.

The show also featured dramatic recreations of important moments in American history, such as Manhattan being purchased from the Indians by Peter Minuit, and the Founding Fathers discussing the future of our great nation.

But the highlight of the show was when the entire cast — which included celebrities like Wayne to Lucille Ball, Jack Benny, Johnny Cash, Bing Crosby, Lorne Greene and Cathy Baker, to name a few — sang “God Bless America.”

To hear the moving rendition for yourself, please watch the video below:

Can you imagine any of the schmucks who currently reside in Hollywood teaming up to celebrate America like this? Probably not, since contemporary Hollywood stars prefer complaining about income inequality or white supremacy — while not busy attending anti-cop rallies — to standing up for America’s greatness and exceptionalism.

A lot has changed in the past 45 years. Too much, in fact … much to the detriment of our great nation.

If “The Duke” were still around, maybe things would be better. Alas, he and his incredible peers in the Hollywood of yore are long gone. R.I.P.

Imagine if Hollywood used it’s influence for the good of America and it’s Brave today? It really is disappointing when you see someone who has been given a voice that could reach such a large audience…that decides to do no good with it but for themselves.