Look, I enjoy a good cuss word as much as the next guy, but I never understood the point of doing it so much[1] that most of your “art” is censored.  Ah, to live in the head of Kanye… 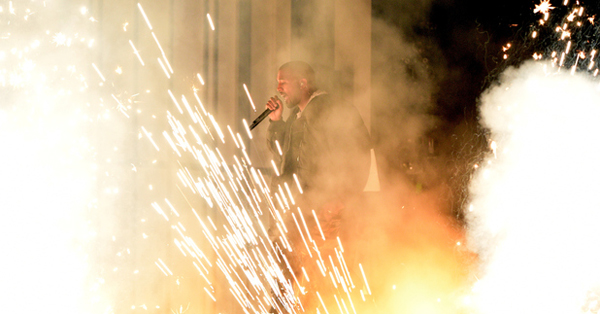 Kanye West gave ABC censors a collective heart attack Sunday night at the Billboard Music Awards — because the rapper dropped so many n-words … most of his act was dead silence.

Kanye closed the show with his hit, “All Day” — but about all you could hear on TV was the song’s title. Censors killed the audio for so much of the song … you’re really left wondering — why bother? The censoring went as long 15 solid seconds at times.

Plus, you could barely SEE Yeezy through all the fireworks and smoke. Again … why bother?

Apparently the only thing you could hear was booing. Watch below.