Everyone was excited about the Supreme Court ruling about gay marriage, even in London…and even ISIS[1]?  Well, according to a report on CNN… 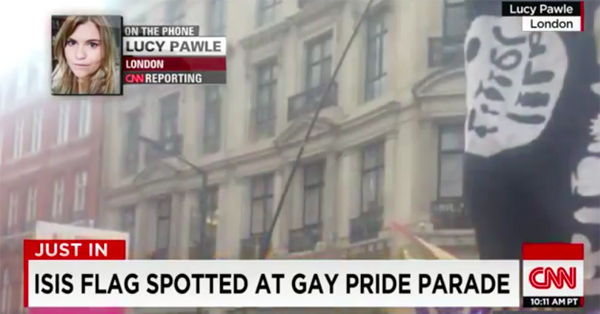 So why would the flag of a terrorist group notorious for murdering civilians, particularly gay civilians, be flying at a gay pride parade? Well, what was unnoticed by Pawle was that the writing was not Arabic, as she correctly pointed out, but it was also not gobbledygook – it was something else entirely.

Someone on Twitter looked at the flag more closely and noticed it was not writing at all, it was sex toys. A black and white flag with sex toys on it, not an ISIS flag at all.

Watch the news report below.  Only you, CNN. Only you.