[VIDEO] CNN To WH: Why Does White House Trust Iranian Leader Who Chants ‘Death To America’?

The White House seems to really think they can trust Iran, even as their leaders are chanting ‘Death to America.’  CNN recently asked WH spokesman Josh Earnest[1] about this… 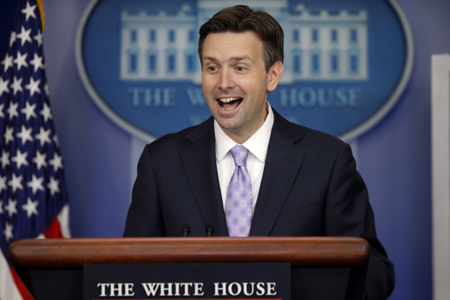 “Over the weekend, Ayatollah Khomeini gave a speech,” Acosta said. ”And during that speech, there were people in the crowd chanting ‘Death to America’ and the Ayatollah responded back to them according to various translations, ‘Of course, Death to America.’ Do those comments give this White House any pause about moving forward with a nuclear deal with that country?”

Earnest still didn’t give a straight answer when asked if we could negotiate with a Supreme Leader who is calling for ‘Death to America.’ Watch below…