VIDEO: College Students Tell a Short White Man He Can Identify as a Tall Chinese Woman

Today, I feel like being King Edward VII. Does that make me King Edward VII? Of course not. But, evidently, to the warped minds of today’s college students, people should not be deterred by a little thing like reality when choosing a gender or ethnic identity. When an interviewer visited a college campus to ask about gender identity, the answers he received show that our future generation is sincerely screwed-up.[1] 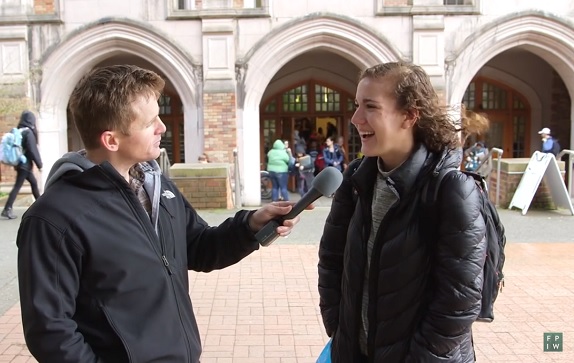 Family Policy Institute of Washington (FPIW) visited the campus of the University of Washington to poll students on campus about gender identity.

Joseph Backholm, the executive director of FPIW, found that the students were in favor of gender-neutral bathrooms, as well as in favor of allowing a five-foot-nine white guy to be a six-foot-five Chinese woman if that is how he felt.

“I feel like that’s not my place to say as another human to say someone is wrong, or to draw lines or boundaries,” one student told Backholm.

At the end of the video, Backholm concluded, “It shouldn’t be hard to tell a five-nine white guy that he’s not a six-five Chinese woman. But clearly, it is.”

Has the whole world gone mad?