A Florida woman is held in jail for the despicable murder of her neighbor, which she then tried to cover up by dismembering and burning his body in her oven. 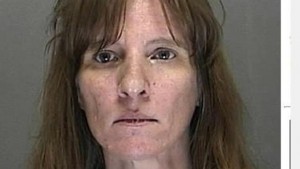 DAYTONA BEACH, Fla. — A Florida woman is accused of cooking her neighbor after strangling and dismembering him in order to hide evidence, authorities said.

According to reports, Angela Stoldt tried to cremate her neighbor’s body by putting several body parts in an oven and in pots on the stove. When that didn’t work, she put his body parts in bags and threw them in the trash, authorities said.

The report stated that Stoldt’s house “smelled of burning flesh.” She told her daughter the smell was just a rat broiling in the oven.

Law enforcement officials said Stoldt relied on Sheaffer for money, although their relationship was platonic, and that money was the motive for the killing.

Stoldt is being held without bail.

Yup, this psycho is for real, folks. who seriously says in their mind,”Gee, this would be a rational way to act – kill my neighbor and burn his cut up body in my oven.” This lady needs to get some serious mental health evaluations and never leave prison.