Don’t watch this if you are afraid of heights! These climbers took their lives into their own hands[1] when they climbed this skyscraper without any protection. 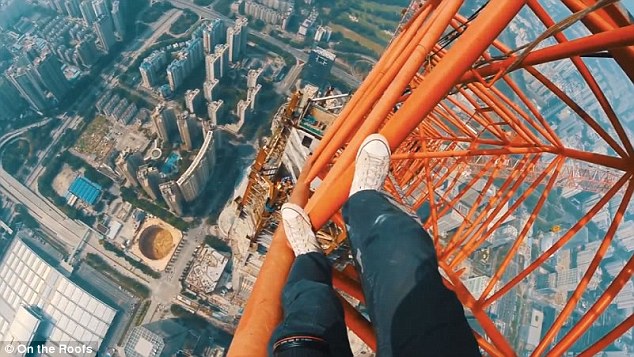 Vitaliy Raskalov, 21, and Vadim Makhorov, 25, from Ukraine and Russia, respectively, took to the Ping An International Finance Centre in Shenzhen and set about free climbing.

At a height of about 2,165ft, the 115-story skyscraper, which is still under construction, will be the second tallest tower in the world behind the Burj Khalifa in Dubai once it officially opens in 2016.

The pair captured a video of their ascent, which shows them climbing a wall, sneaking into the building site and making their way up a staircase. 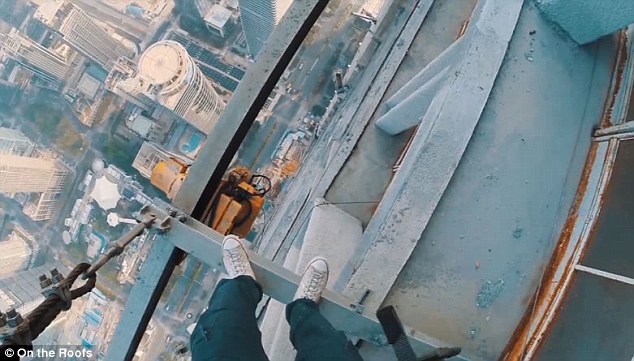 Stopping on a number of occasions to look out windows, the duo eventually reach a ladder and after giving it a shake to test its sturdiness, begin climbing once more.

At the top they take the time to balance on some beams and overlook China below before a combination lock on the next part of the ladder brings their journey to a halt.

Remarkably, however, after a few rotations the pair are able to crack the code and continue their ascent of the tower.

Below, people look like ants as the pair free climb on the outside of the crane, stopping from time to time to photograph the scenery.

The video concludes with the pair reaching the very top and posing for a picture – giving thumbs up as they stand some 2,165ft off the ground. 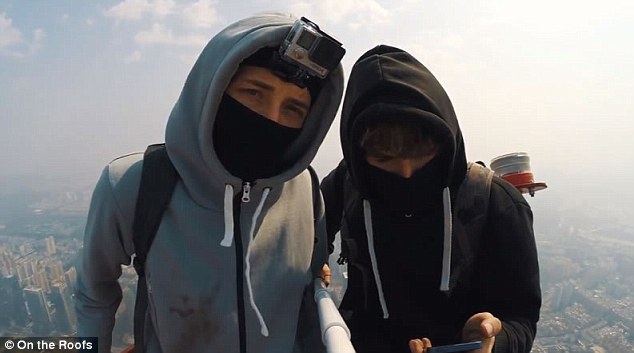 The pair have climbed many other structures in their time including the Great Pyramid of Giza, Cologne Cathedral and the Shanghai Tower.

Talk about an adrenaline rush!