If you need more evidence that Islam is NOT the “religion of peace[1]” that liberals would like you to believe, we’ve got it right here. 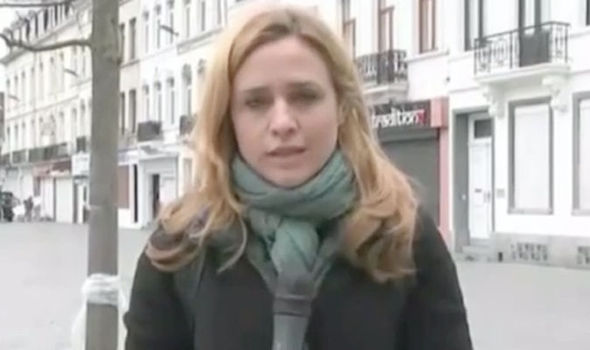 This escalating violence continues in Belgium. This is a pattern. In January, French and Belgian journalists filming in the Muslim town of Molenbeek.

Back in the day, journalists would travel to war zones to cover the war. Today, Europe is a war zone and every journalist who tries to cover these savages, a war correspondent.

Female journalist attacked by angry teen LIVE ON AIR in Belgian terror town Molenbeek A JOURNALIST and cameraman were attacked by a teenager during a live television report as tensions in the Brussels district of Molenbeek hit breaking point.
By Selina Sykes

The footage shows Italian broadcast journalist Giovanna Pancheri presenting in the troubled area before the camera jerks away and the face of a young male teenager is seen.

The female journalist begins to back away from her attacker who continues to pursue her before assaulting the cameraman. The media team move away from the incident as a second male approaches while trying to continue their live news report.

What would you have done if you had seen this?