It’s funny, because while most of the UFC’s promotion is on the main events, a lot of times the under-card fights manage to upstage them. Here’s exhibit Q[1]. Seriously, you know you have sixty seconds to spare. Watch it! 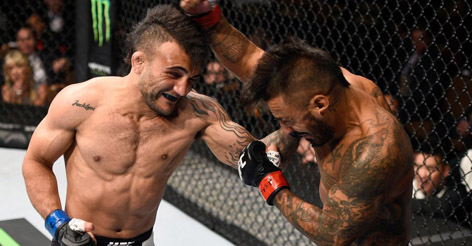 The fight was just over two minutes and the two fighters combined for exactly 100 punches…yet the fight ended in a submission! Both fighters also received the “Fight of the Night” bonus.