I will probably get a lot of flak for this, but here goes;

They aren’t getting paid for hazard? Yup, bye for me too. I didn’t go into nursing to die. They have every right to get their money.
Background here:[1] 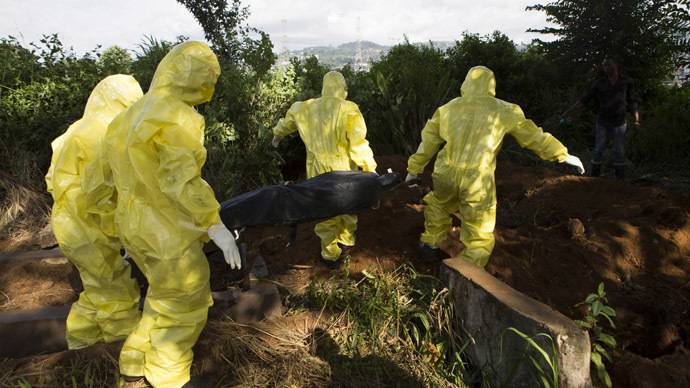 Many facilities were virtually abandoned in the country.
Aljazeera reported:
Hospitals and health care facilities have been affected in Liberia as some nurses and medical professionals staged a walkout demanding better pay and safer working conditions in the fight against the deadly Ebola virus.

Sources told Al Jazeera that several hospitals and clinics were hit by the strike on Monday as health workers abandonded hundreds of patients, demanding higher hazard pay and protective equipment.

Health Minister, Walter Gwenigale, confirmed that staff had gone on strike in some parts of the country, but tried to reassure workers that hazard allowances would be paid in full.

“That money is available and is being paid. So please, please stay with your patients,” he said.

A local journalist told Al Jazeera, that many facilities were “virtually abandoned”, with “nurses afraid of touching patients”.

“They refuse to take blood samples from patients or even take their temperature because these require them to touch patients,” Terence Sesay said.

Staff at Monrovia’s Island Clinic, the largest government-run Ebola clinic in the capital, had already been on a “go slow” in recent days in their battle for extra pay.

Dozens of patients in the clinic have died from Ebola since the go-slow began on Friday, staff representative Alphonso Wesseh said.

The World Health Organization warned the very survival of societies is at risk from Ebola.

The strike took place 72 hours after the US military arrived to assist.

You shouldn’t ask for hazard pay and then not touch the patients. This is a serious disease that needs to be contained by properly trained medical professionals. The professionals working there? pay them, in full. The last thing needed is less people getting treatment.