The passenger was on Facebook Live when the unthinkable happened: Her friend crashed the vehicle, flipping it and killing the passenger and landing the driver in intensive care. 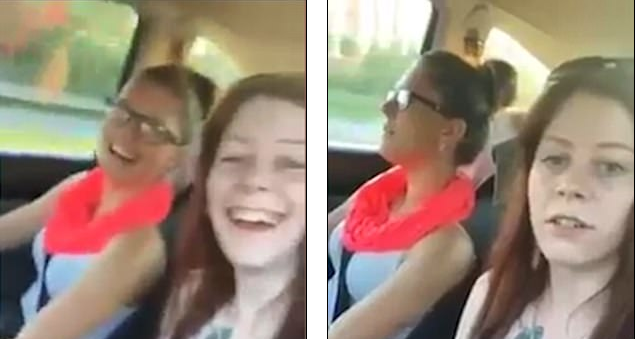 Nikol Barabasova was live streaming her drive with her friend through the Czech Republic. The pair appeared to be having fun, laughing and smiling and the like.

Moments later the joy was turned to terror, as viewers watched the camera slip from her hands as she screams. When the phone settles, we can see that the car is upside down and everything is quiet. Deathly quiet.

The video has content that may disturb some people. Viewer discretion is advised.

20 minutes later, emergency services arrived on the scene and shut down the live stream.

The vehicle has been reported to have been going 74 MPH when it smashed into a solid barrier, which is unnecessarily fast, in my opinion, especially for a young person who may not exactly have the best driving skills.

The driver is in the intensive care unit with serious head injuries and the police are launching an investigation into the accident.

Please, please, PLEASE be careful when you’re driving, especially when you have a passenger. It’s not just your life you’re taking in your hands when you get behind the wheel of a vehicle, you’re also responsible for the lives of everyone else on the road and everyone in your vehicle. Don’t speed, don’t let yourself be distracted, don’t be irresponsible and just be safe. I can’t believe this actually needs to be said, but apparently it does.

May the young girl who died rest in piece. I hope she had a quick, painless passing. It was the least that could happen in that kind of scenario.