VIDEO: Hunter Stumbled Across Something On the Way to His Stand That Left Him Scared: ‘Please Don’t Shoot Me!’

Casey Sanders was headed to his bow stand near Atlanta, ready to hunt, when he saw something he had never seen in the woods before. A naked man named Carl was yelling to get his attention, and Sanders began recording the video that has now gone viral in case the encounter went bad. 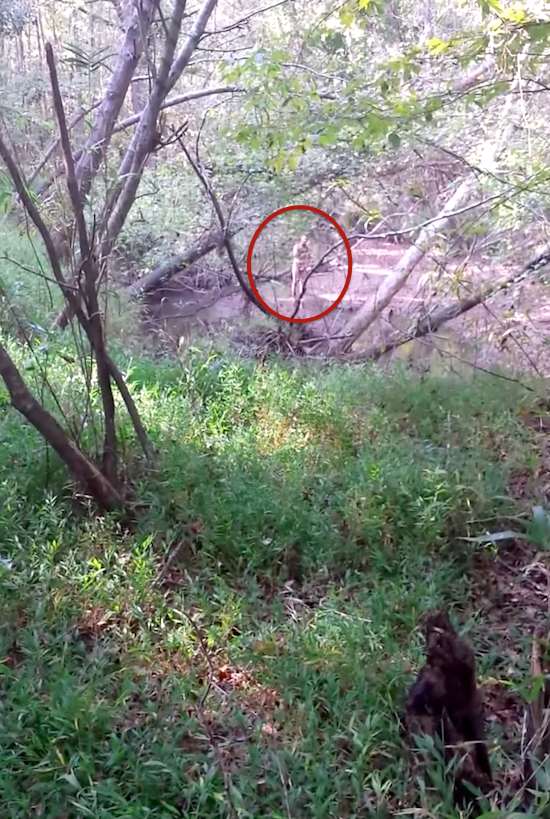 After making contact, Sanders said, the man was so dehydrated he had a hard time making sense or explaining what happened to him. According to Sanders (and the video), the man said he was taking part in a nearby music festival called TomorrowWorld — a massive, hippie-like gathering in the Chattahoochie — when he was jumped by some guys, stripped of his clothes, and left out in the woods. When he came to, he had no idea where he was. Sanders said the man told him he had been alone in the woods for four days and walked until he found the creek, then just started following it until he could find somebody.

… The man eventually was able to give Sanders his cellphone number, the student explained. When Sanders dialed it, he got a voicemail. But the voicemail didn’t have a traditional greeting. Instead, it was the man’s girlfriend saying that they were looking for him. Sanders eventually connected with her, and she came and picked him up and brought him some clothes.

“I gave him all the food I had, I didn’t have any water, he asked me not to call the cops because he said he didn’t have insurance and he knew they would take him to an ambulance or hospital,” Sanders added.

… See, it wasn’t that Carl was necessarily attacked, beaten, stripped and left in the woods. He told the TheBlaze he was at the festival and took a concoction of drugs including “sass,” MDA and LSD. That led to a wild string of events. The last thing he remembers, he said, was leaving the main stage on Saturday, only to have a memory of being “restrained” in a medical tent and someone trying to inject him with something. He then awoke in the woods, still not completely coherent.

“I said what I said in the video because I was really afraid that Casey was going to shoot me and I was trying to explain myself,” he said with a nervous chuckle. “It’s not exactly something [that I was high on drugs] I want to tell somebody with a loaded bow.”

Carl thinks he was in the woods much longer than the initial four days he told Sanders. To the best of his recollection, it was more like six.

This, kids, is why you shouldn’t do drugs. If you find yourself naked in the woods with a hunter pointing a weapon at you after going on a bender, then it’s probably time for you to get some help.