VIDEO: Incredibly brutal footage shows how ISIS punish their own fighters…because they were caught SMOKING

Americans have shown some pretty graphic anti-smoking ads on occasion.  Leave it to ISIS to kick things up a notch[1]… 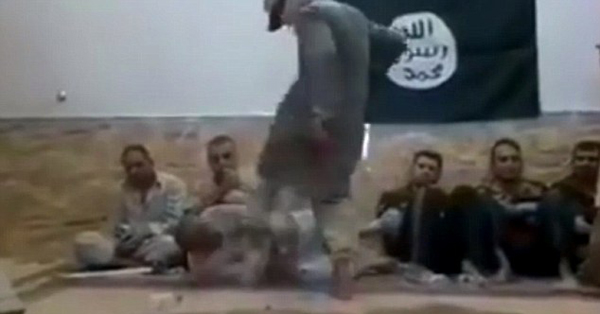 Isis has released a video which the terror organisation claims shows their men beating fellow Jihadis who took a break from murder and mayhem to have a cigarette.

The video shows a group of men sitting down under a black Isis flag while on terrorist begins stamping on them and then prodding them with the barrel of his assault rifle.