The infamous Steve-O from ‘Jackass’ fame has fame has apparently broken both legs on Sunday while performing a skateboarding stunt in sunny San Diego. Out of all the crazy, insane, out right inhumanly dopey stunts[1] this guy has pulled off…its the skateboard that takes him out in the end. 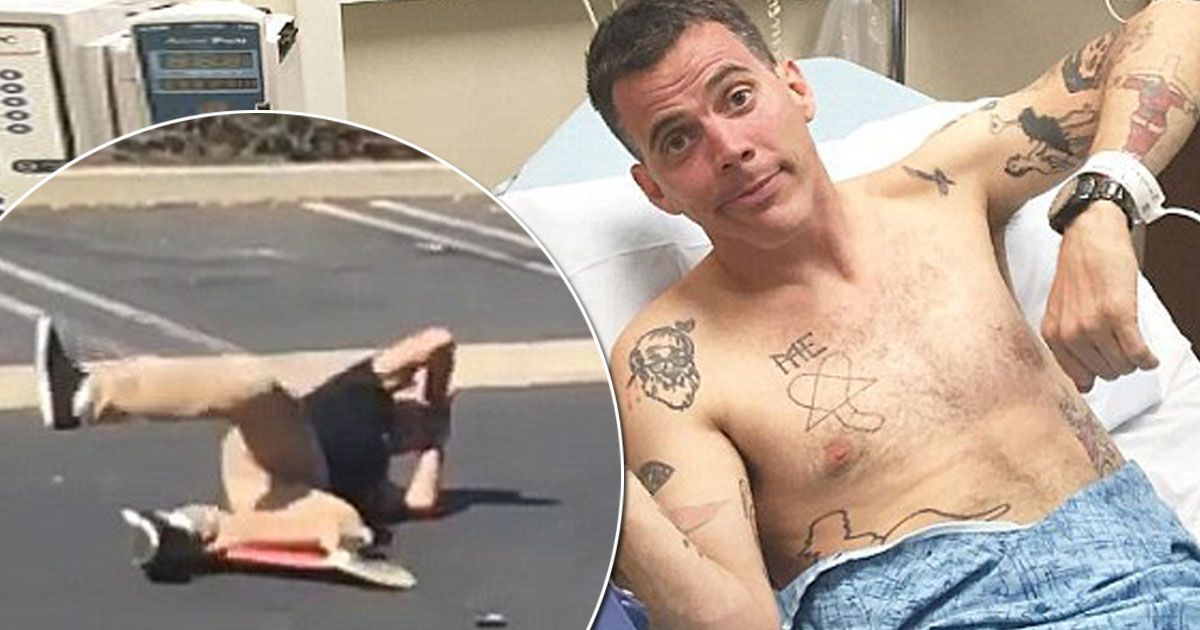 Skateboarding not a crime, bruh!

The 42-year-old stunt performing artist disclosed on social media on Monday that he broke his right ankle in three places and his left heel. Ouch. Though he seems to be in good spirits while laid up in a hospital bed.

The veteran Jackass star was filmed performing the stunt by skateboarding legend Tony Hawk, 48, who took no shame in sharing the agony of Steve-O on Instagram! As Rahm Emanuel would agree, never let a painful injury of a friend go to waste, right?

The stunt started with Steve-O upright standing with a skateboard atop a wooden porta potty (I didn’t know wooden ones existed) of all places. A red car then goes slamming through the wooden structure at high speed leaving Steve-O suspended in the air for a time in the air.

The recording reveals the human wrecking ball performing the stunt three times, with a third attempted hoping to draw in some luck.

Unfortunately, luck wasn’t having any of it. 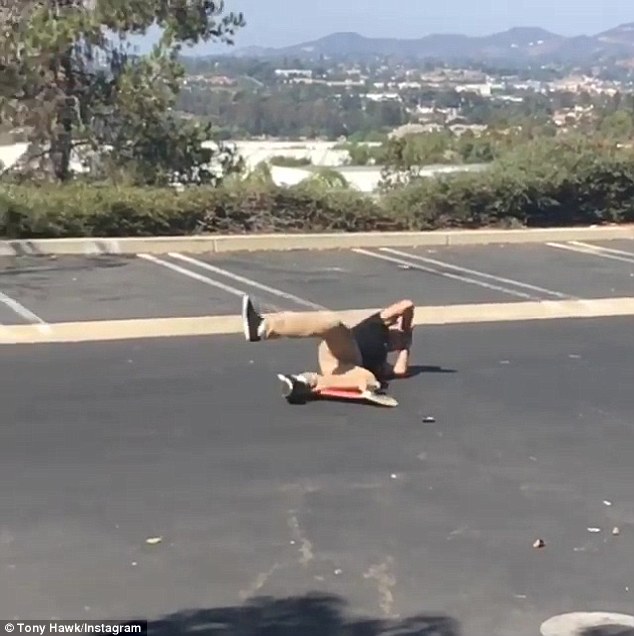 The London natives concluding filmed attempt showed him landing off the skateboard gawky on his right ankle.

His left heel stuck the ground flat as Steve-O collapsed to the ground and shrieked out in pain. He later claimed he also sprained his wrist in the awful fall.

The stuntman in his Snapchat video displayed both of his feet heavily wrapped in bandages as he rolled around like as a newly made cripple in a wheelchair.

Steve-O rose to renown as a primary member of the MTV show Jackass that ran from 2000 to 2002. He also co-starred in all five Jackass movies that were produced from 2002 to 2011, being lef by their fearless leader, the infamous Johnny Knoxville.

Steve-O’s last stunt of major proportions was in the much brushed over indie action comedy ‘Barely Lethal’ which also starred Hailee Steinfeld and Jessica Alba that was released on-demand in 2015.

Out of all the ‘Jackass’ crew members, I would have expected Steve-O to have already left this life, having gone out in some freak accident having to do with some other freak stunt gon horribly wrong. But Father fate just loves the guy, how else can you explain it? Luck? How many times can you be lucky like THIS guy has been lucky, and expect to no bite the dust?