Some liberals will defend the Clinton’s no matter what.   Little by little, however, more of them are starting to admit the truth[1]… 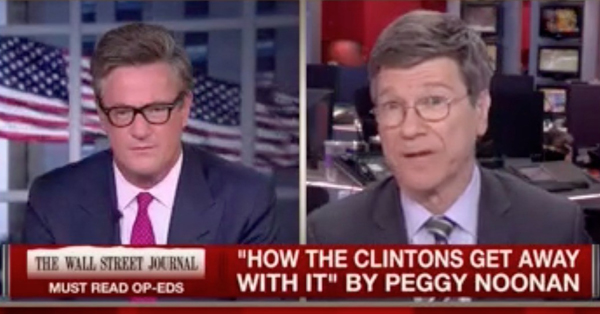 Appearing on “Morning Joe” Friday, Sachs talked about the “blurry lines” between the foundation, Bill Clinton’s paid speeches and Hillary Clinton’s work at the State Department, and revealed that “nobody liked it, and people saw it for years.”

The well-known philanthropist also told host Joe Scarborough that the Clinton money machine got in the way of relief for those who needed it the most, saying that money changing hands was “a huge distraction.”

Watch below. The walls are starting to crumble…