VIDEO: Man Wins His Own ‘Draw Muhammad’ Contest, Then Shows What Will Happen To Attempted Beheaders

A Nebraska man is encouraging people to have their own “Draw Muhammad” contest[1]. They don’t even have to have more than one contestant… 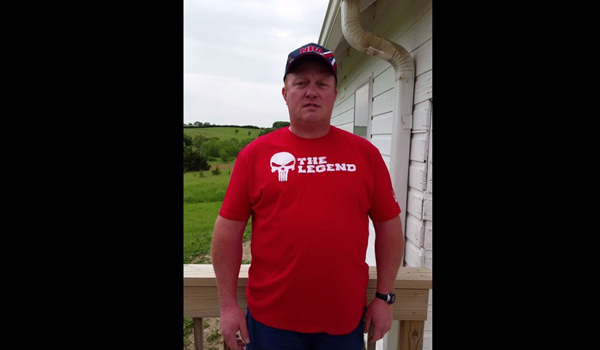 “I would like to encourage all Americans to do something like this. You don’t have to [enter a] draw Muhammad contest. You can do anything to uphold the First Amendment,” Dankert said, adding, “But if you do something like this, I would recommend supporting it and backing it with the Second Amendment, the right to keep and bear arms.”

Dankert then took a 20 oz. Coca-Cola bottle with the name ‘Abdullah’ on it, placed it on top of his deck, and shot it with his rifle.

I’m not entirely sure how going out of your way to act like every leftist’s stereotype of a tea partiers helps the cause, but at least he was wearing a cool t-shirt. Watch below.