[VIDEO] “Memphis WILL BURN if THEY DON’T CONTROL THESE CHILDREN!” – Another Teenage Mob Terrorized Southern Town

Check your kids, parents. This kind of PC, passive parenting is exactly what leads to teenagers like this thinking that they need to act like fools[1]: 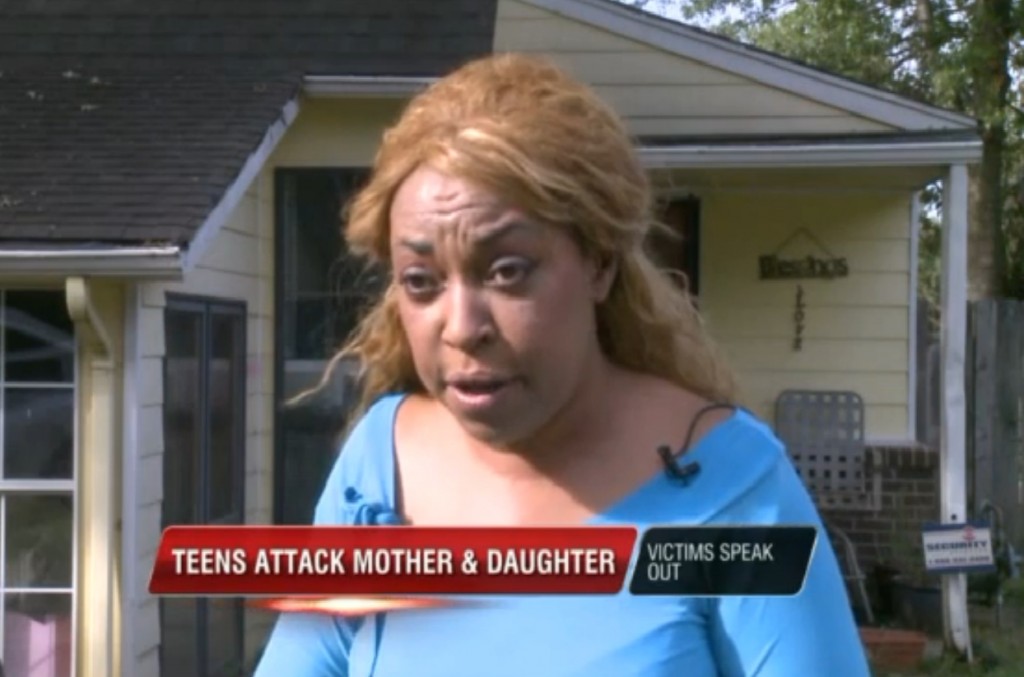 “Had I had been armed we would have had a lot of kids laying in the Bellevue street that night,” Sharon Mourning said.

Mourning said she would have done whatever she needed to protect herself.

“So we just driving and all of a sudden all of the kids ran into the middle of the street,” Mourning explained.

Mourning and her daughter Princess were driving on Bellevue Friday evening.

“It was like a whole group of kids coming from the game,” Princess Onwibiko said.

“All of a sudden just bout 20 kids are on top of my car with about 40 more kids around my car and they kicking, they stomping, they jumping, you know they hitting the windows,” Mourning said. […]

Police reported another man was attacked in his car after honking his horn at the teenagers to move out of the way.

“They had done bricked his car, stomped his car, did the same thing,” Mourning explained.

Mourning reported seeing the teenagers beat an elderly man and another teenager.

“I actually looked at the child. His face was bleeding. You know they had done beat him,” Mourning said.

Did police lay down the law?

Not exactly; WREG reported that two 17-year-old were given juvenile summons and sent home.

“Memphis is going to burn if they don’t control these children,” she said.

Memphis’ sky-high levels of violent crime helped make Tennessee the most dangerous state in America in 2012, and while the city’s schools have improved somewhat since the “dropout factory” days of 2002, Memphis students’ high school graduation rate was barely above 70 percent in 2013 — leaving a depressingly large chunk of the city’s youth with days (and nights) free for mob outings.

Parents aren’t stepping up here to not raise hooligans. Memphis PD, could you at least step up and lock these little delinquents up? This is ridiculous. Everyone should be able to walk the street at night without fear. Why is this allowed? Get some programs in place that give hard labor as a punishment and they might learn something besides just “thug life”