Of course Americans are racist. It’s the tired old way to make anyone you disagree with shut up, because how can you defend it. Then you get to declare victory and do a little dance. 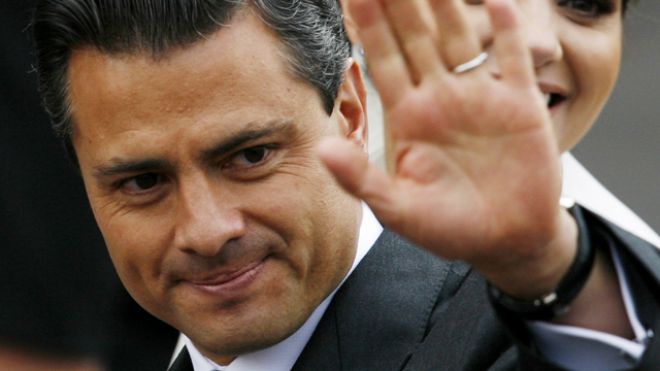 Zakaria asked, “When you hear some of the anti-immigrant language, the rhetoric, do you think it’s racist?”

Nieto answered, “I think it’s discriminatory, yes, and I think it’s unfortunate for a country whose formation and historic origin relies so much on the migration flows of many parts, Europe and Asia, for instance. I think this is a country whose origin to a great extent is one of migration and that’s why it’s unfortunate to hear this exclusionary and discriminatory tones regarding migration flows into the United States.”

“Today we have to recognize that the migration that comes from Mexico to the United States has fallen. There is a lower number of migrants to balance between those who are coming to the United States and that’s going back to Mexico is practically a zero balance today, and that reflects the fact that in Mexico we are opening greater opportunities for those who don’t want to leave their country or those who have no need to go looking for a new opportunity of personal or professional growth,” he added.

Aaaand back to reality. Maybe we are trying to stop the invasion of your citizens into our country. If México is so fabulous then why are so many people paying thousands to be snuck in? Why do so many illegally cross? Actually, it doesn’t matter. What matters is that the CITIZENS of the country you cry “RACIST!” to are fed up and want actual immigration enforcement- and no more immigration invasion. get a clue, México.