I couldn’t get myself to watch the moments that you are about to see unfold before, during, and after this little girl is shot dead accidentally by this young boy. He is only 13-years old, and it was all recorded live on facebook while he was playing with a shotgun. 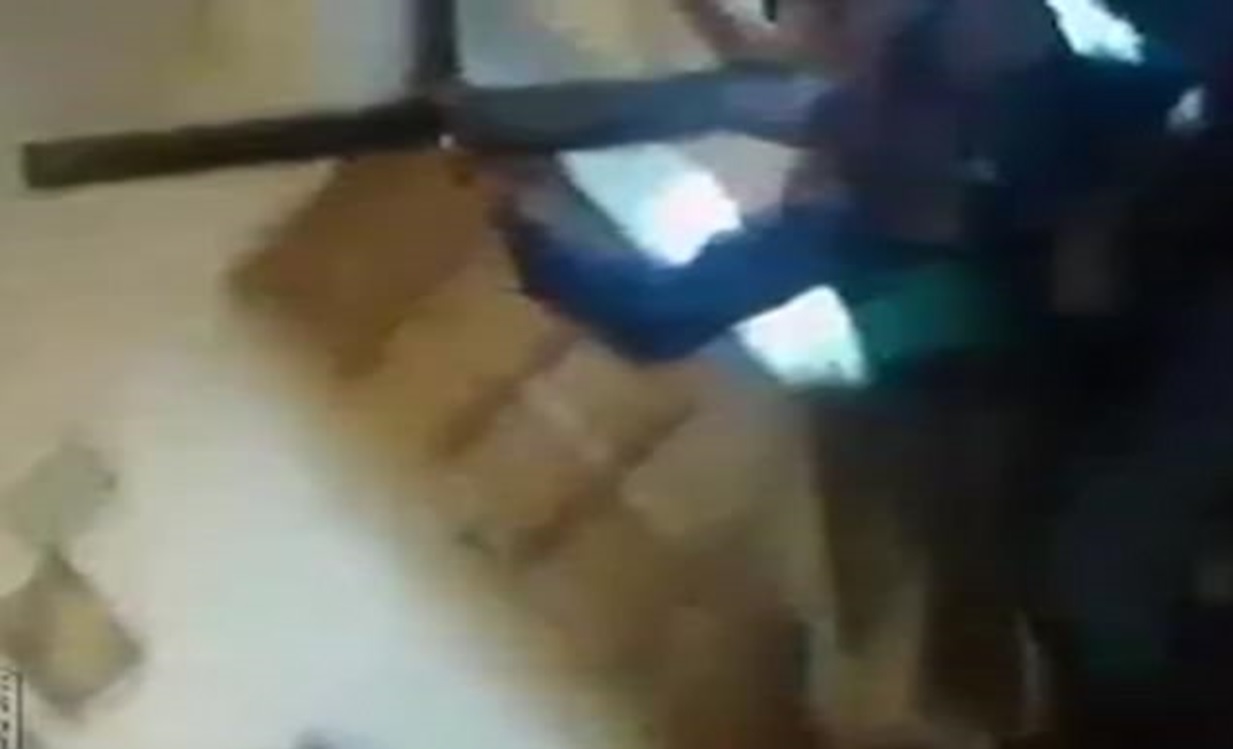 You will watch as children are spending time playing together with friends in a house located in Santa Rosa de Calchines and then out of nowhere tragedy strikes. The footage that is captured is being recorded by one of the young ones in the room, there is no adult supervision as far as what shows in the video. The 12-yr old boy is seen playing with his father’s gun that he points at the girl whose name was Georgina Magali Vega.

The young boy thought the gun was unloaded, and you can see him pulling the trigger several times throughout the video. Then just seconds later the heart-stopping sound of a shot rings out. Little Georgina dies instantly when the weapon is fired at her, and you can hear the other kids in the room panicking.

According to reports this terrifying incident took place in the middle of the afternoon and was all live on facebook. You hear the young man saying ‘Look at this. A shell. I load it and I shoot you but you don’t die.’ Then you hear Georgina’s voice joking back with her reply: “Do you see blood or something?”

After the shotgun is fired off and Georgina falls where she stands dead, you immediately hear the other friends start screaming ‘Georgi’ over and over and over again. There is no response from her. Then one of the young girls ask “what have you done?” before you hear another child state “her parents are going to kill us.”

At that point, the children all run out of the house panicked over what had just happened leaving Georgina’s body lying there in her blood.

This story is heartbreaking, but even more so when you learn more about Georgina. She is the only daughter of a single father who may never find peace from what has happened to her, who never got to say good-bye, and who might be wondering “what if” for the rest of his life. What if I didn’t let her go over and play? What if I stayed there to watch over them? What if I had remembered to tell her I loved her? What if this is my fault? Haunting words that only divine comfort can heal.

The gun was reported from Argentinian media to belong to the boy’s father and that it is not unusual for people to own guns in the town because it is located near a very popular hunting area. An investigation has been launched by police, but they are working on the theory that the death was a very unfortunate tragic accident.