VIDEO: Police Recklessly Shoot At Dog In Crowd Of People During Arrest

One police department is coming under heavy criticism after a police officer shot at a dog while attempting to arrest a suspect. The incident was caught on tape and shared on flyheight.com[1]. The officer missed the dog, but residents have become incensed for a supposed lack of judgment on the part of the police officer who fired at the pavement in a crowded area.

The below video shows the incident. What do you think? Was it bad judgment? Or was the officer just trying to protect his fellow officers? 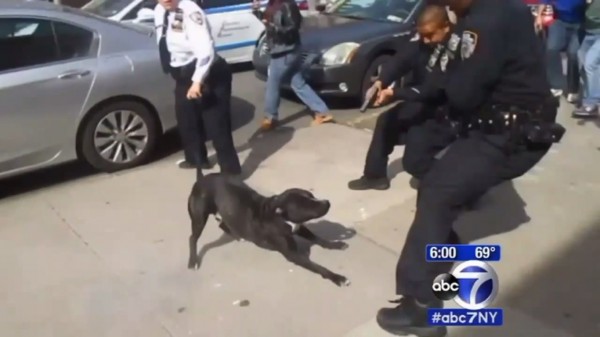