VIDEO: Public outcry forces cruel dentist to quit after allegedly running a ‘house of horrors’ where children were ‘choked, tortured and operated on without anesthetic’

This is one of those stories that sounds straight out of a Hollywood horror movie. Dr. Howard Schneider, 78, of Jacksonville, Fla., was protested outside his office and served with multiple lawsuits for the way he treated his child patients. Florida officials began investigating him and were figuring out a way to shut down his practice until he finally surrendered his license. [2]

Last November, Sarah Phillips, of St. Augustine, took her 2-year-old son Mason to Schneider after the boy fell from his bike and cracked his front two teeth. When Mason came out of Schneider’s office he was missing four teeth — but there had been no consultation on that decision, Phillips said.

On a follow-up appointment Mason came out of the office with bruises around his neck and gauze around his lower teeth, even though he’d come in for work on his uppers. Phillips took Mason to his pediatrician, and they were startled.

‘The pediatrician the following day discovered a scalpel slice from ear to ear on Mason’s gum,’ Phillips said. She is among dozens of people suing Schneider in a complaint filed by attorney Gust Sarris. Another woman in the suit says her daughter was to have one tooth removed and ended up with seven extractions. 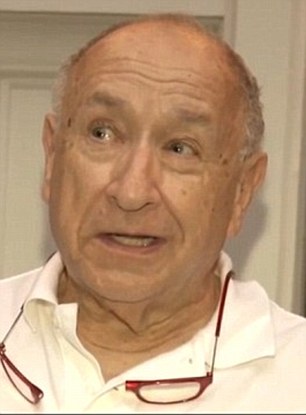 [3]‘What appeared from the outside to be an unremarkable pediatric dentistry practice, on the inside was a house of horrors … where the most defenseless members of our society, indigent children … are regularly assaulted,’ plaintiff’s attorney Sarris wrote in the complaint.
…
Schneider is also accused of wearing scary costumes and threatening the children with statements like ‘your mom will die if you tell her what happened.’

Parents have taken to posting the horror photos of their injured children on Facebook. Over 60 former patients have joined a lawsuit against him and there may end up being as many as 1,000. Since Schneider is the only pediatric dentist in Jacksonville who takes Medicaid, many poor children had no option but him.  Many of his victims are now grown. It is a terrible failure of government that this was not stopped years ago, and says a lot about our welfare system. These poor kids would have been better off with a private charity assisting them with dental care.

Watch the horrific video below of a child screaming in pain while Dr. Schneider operates on him, and click here [4]for the Facebook group with photos.