VIDEO: Putin Orders Russian Warships to Bomb Isis from over 900 Miles away with 26 Sizzler Missiles

Russian warships joined the conflict in Syria with a volley of cruise missile attacks on Islamic State as Syrian government troops launched a major ground offensive supported by Moscow air strikes.[1] Russian Defence Minister Sergei Shoigu told Vladimir Putin in televised remarks that four ships based 900 miles away in the Caspian Sea had launched 26 ‘Sizzler’ missiles – and claimed they would strike 11 ISIS targets. Now, video has been released by the Russian Defence Ministry showing the warships launching the missiles which Shoigu insisted destroyed all the targets and did not hit any civilian areas. 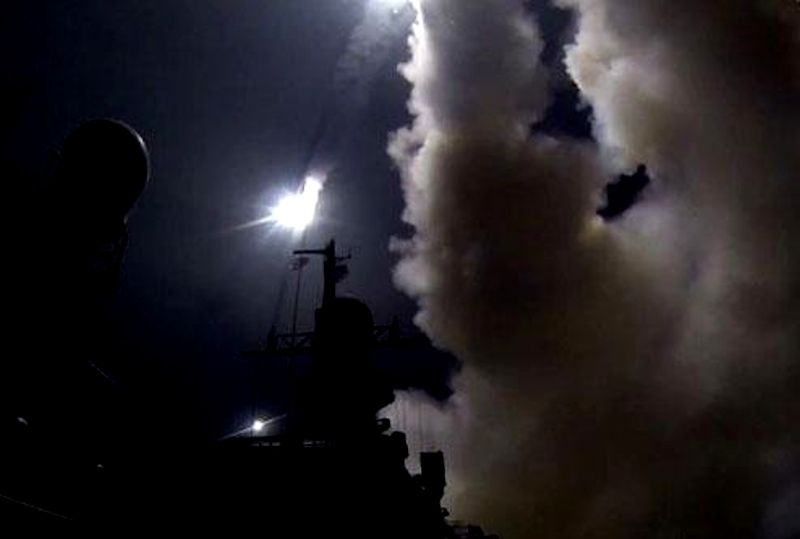 Not the kind of guy to miss a flattering photo op, Russian President Vladimir Putin put his skates on for his 63rd birthday and took to the ice.

The leader, famous for posing shirtless on horseback and in other unashamedly macho situations, played in a hockey game Wednesday night alongside former NHL stars.

As you’d expect, Putin’s team won. And the man himself scored seven goals.

The President’s teammates included former Vancouver Canucks player Pavel Bure, as well as Defense Minister Sergei Shoigu, who earlier in the day had been briefing Putin on Russia’s latest round of military strikes in Syria.[3] 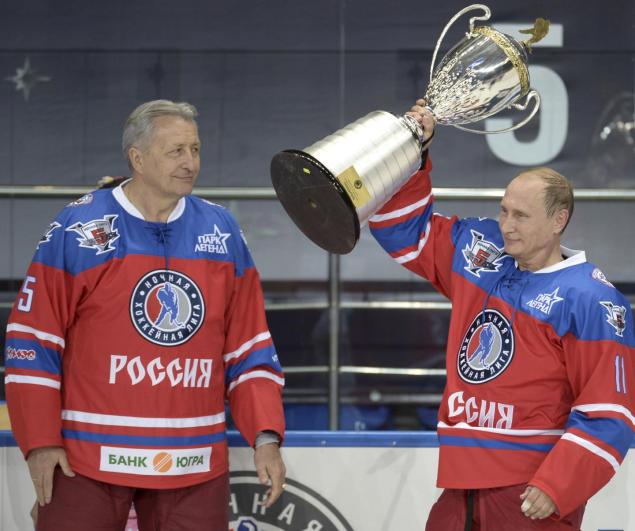 War just comes easier for some more than others…it seems.