If you’re a satanist who is also a murdering cannibal, dying in your prison cell after a suicide[1] seems like the most logical way to go. You might even say, he was “called home.” 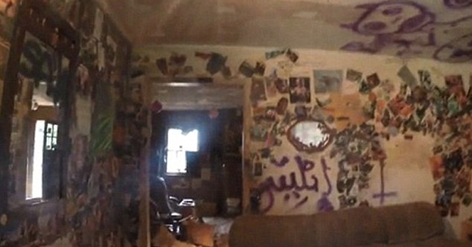 A Satanist killer who allegedly ate parts of his murder victims before burying them in his backyard has been found dead in his prison cell in an apparent suicide.

Pazuzu Algarad, 36, was awaiting trial for the murder of two men whose skeletal remains were found in the garden of his home in Clemmons, North Carolina.

Prison workers found the self-proclaimed devil worshipper unresponsive in his cell at 3am today with a wound to his arm. He was pronounced dead at 4.20am.

Watch more below. Don’t worry, it’s not of him eating people.