VIDEO: See How These Fans Respond When Told There Will Be NO National Anthem Before the Game

A brilliant display of patriotism took place before a NCAA softball game.  However, it has nothing to do with the actual game being played… 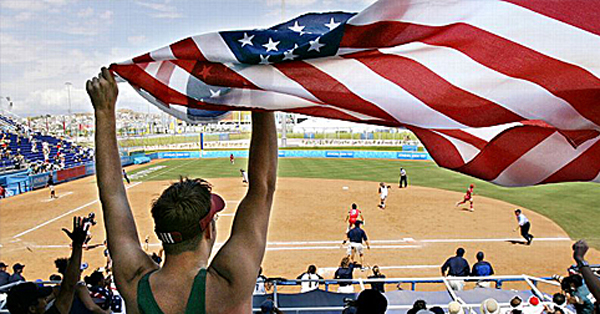 That’s because, prior to the game, fans in attendance were told that because the game was running late, there would be no national anthem prior to the start of the contest.

Fans at Lamson Park were anything but pleased. So they made — several — failed attempts to get the public address announcer to play the song, to no avail.

Instead, they took matters into their own hands. Watch here[2].