If you suddenly had water come pouring into your home, what would you grab before you escaped? For one woman in South Carolina, she knew what to grab: two Totino’s Pizzas and her dog. 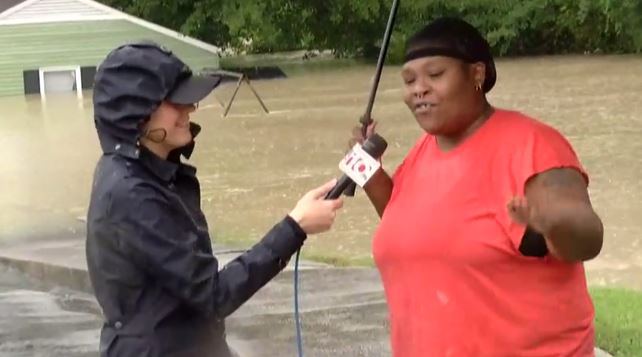 A South Carolinian described the harrowing moments she and her neighbors escaped rapidly rising flood waters in Columbia and said she made sure to grab what was important on the way out — two Totino’s pizzas and her dog.

“I didn’t grab nothing but two Totino’s pizzas out of the [refrigerator] and my doggy, and we left. That’s it. I tried to grab some other things, but they wasn’t even worth it,” the woman told a reporter for WIS-TV in Columbia, South Carolina.

The woman said she’s experienced flooding in that area in the past during rainfalls and thought they had approximately 30 minutes to an hour to evacuate before the floodwaters would overtake those in the neighborhood. Instead, she said they only had around 10 minutes before the water was rising in their apartment.

“It gushed in like the ocean was coming in the house,” the woman described. “The ocean came in, we grabbed our dog and what we could get, and we got in our truck, truck stalled, so I had to walk to the water up here to get us to safety here up here at my friend’s house.”

It may come across as funny, but she’s actually got her priorities straight. In an emergency situation like that, you don’t need material things — you need food and man’s best friend!