VIDEO: Terrifying Footage Shows What Happens When A Nuclear Bomb Goes Off Underground 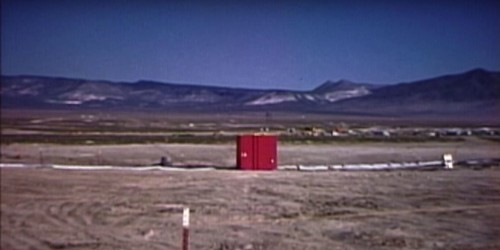 The Earth collapses in on itself following an underground nuclear explosion in this harrowing video.

Archive footage of an undated atomic test shows a shed and the surrounding land disappear as the ground collapses into a giant hole created by the enormous underground explosion.

Rather than the enormous mushroom cloud you would expect from a nuclear blast, the land slowly sinks until dirt and and dust explode upwards.

The footage was posted to YouTube by atomcentral and has been viewed more than 1.2 million times.

This certainly appears to be the sinkhole to end all sinkholes. It’s downright creepy to see the effects of this underground explosion.