VIDEO: This McDonald’s Employee Should Be Ashamed Of What He Did To A Homeless Man

This McDonald’s employee has proven that even just a glass of water can be heartbreakingly awful[1] when used by a cruel man. When you see what this repulsive human being did to a homeless man much less fortunate then himself, you will most likely wish…you could open up a can of WHOOP on him… 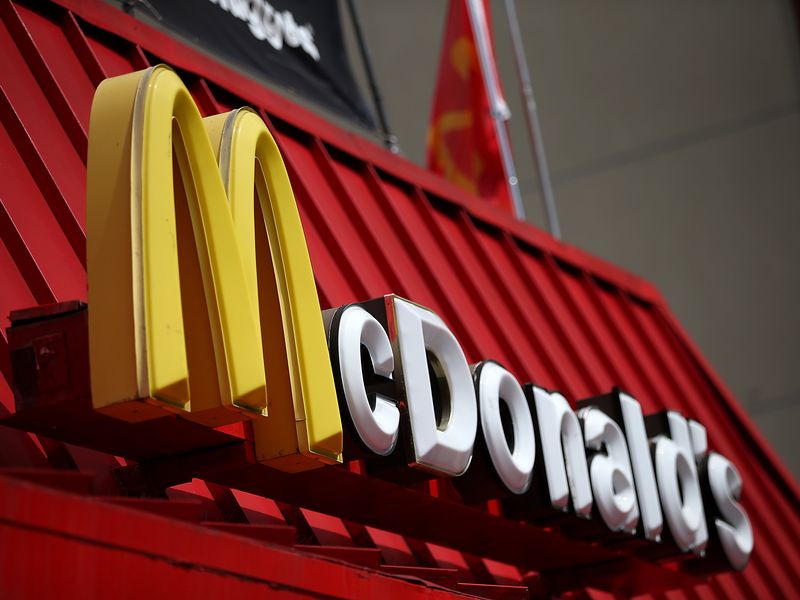 An employee at a Detroit McDonald’s is in hot water this week for throwing a drink at a homeless man at the drive-thru window. The very unfunny prank was caught on video and uploaded to LiveLeak on November 6. In the clip, the drive-thru worker calls to the homeless man named Willy off camera offering him a sandwich. As the man approaches the window and reaches for the sandwich, the employee throws a cup of water at his face.

According to Fox 2, the McDonald’s worker claims he was retaliating against the man for allegedly getting in an argument with a customer earlier that night. Franchisee owner Wise Finley has since released the following statement:

I am very disturbed by the inappropriate behavior of this employee. This type of behavior is not tolerated in my organization. I expect my employees to treat everyone with dignity and respect, and this was unacceptable. I am taking appropriate action with respect to this individual.

Unfortunately, this isn’t the first time restaurants have treated homeless customers poorly. In 2010, a San Francisco McDonald’s owner was accused of eliminating the dollar menu in order to deter homeless people from congregating outside of his restaurant. Then, last August, a Nashville-area Waffle House was publicly shamed for refusing to serve a homeless veteran.

What an awful person…he has a job that keeps him out of the cold, food that gives him life, and he doesn’t even have the decency to know treating a homeless person like that is nothing less than wicked? I don’t care if Willie was being rude or not…that boy should man up and show some respect towards others and their unfortunate situations. Coward.

After you watch this video, be sure to catch the UPDATE…it too comes with a video. You will be entertained, or maybe more disgusted…it can go either way.

Update, 11/10, 4:52 p.m.: The Detroit Free Press confirms that the McDonald’s employee who played a prank on an area homeless man has been fired. “This type of behavior is not tolerated in my organization. I expect my employees to treat everyone with dignity and respect, and this was unacceptable. This individual no longer works for my organization,” the owner of the restaurant on Grand River near Schaefer, says in a statement. In response to the cruel prank, a woman from Chicago named Christine Ciana Calabrese tells Eater she has started a GoFundMe campaign to provide Willy with food, clothing, and shelter.

Still, individuals involved in the incident continue to provide tone-deaf reactions to the public outrage. CBS Detroit reports that a local rapper, Skeez, is claiming responsibility for filming the video. In order to “redeem himself” for helping humiliate a homeless man, Skeez took to the streets Monday evening handing out not food or clothing, but rather Gucci bags.