As if it wasn’t scary enough to be a parent, new info is out that could mean the ILLEGAL CHILDREN PLACE IN ALL 50 STATES COULD BE SPREADING SERIOUS ILLNESSES TO OUR KIDS! These types of illnesses have been prevalent in these countries – more below[1]: 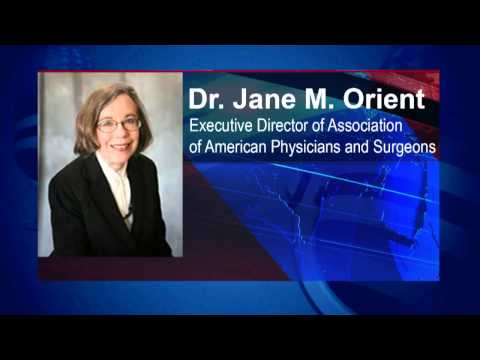 Dr. Jane Orient, the executive director of the Association of American Physicians and Surgeons, told Laura Ingraham that illegal immigrant children could be spreading dangerous viruses in the US. Dr. Orient says the illegal children may not have been screened or quarantined thoroughly.

Dr. Jane Orient, Executive Director of the Association of American Physicians and Surgeons, reported that the government has been “real tight-lipped” about the mysterious respiratory illness that has struck children in the United States, expressed concern that the illegal immigrant minors from Central America could be the source, and argued that the government should devote more resources to border security to combat the spread of disease on Wednesday’s “Laura Ingraham Show.”

When asked whether illegal immigrant children who have been sent to various locations around the country could be the cause of the virus, she responded “Yes, they could be. We don’t know for sure the government is being real tight-lipped about this, and it only takes one infected child to infect the whole classroom.”

Orient added “we don’t know where it’s coming from…are there immigrants from Central America, where this disease has allegedly been prevalent before? Should we be [looking at] the virus to see whether it’s like what’s been found in some of these countries that are just sending waves of children across our border and they haven’t been quarantined long enough to make sure they’re not sick?”

Monica Showalter at Investor’s Business Daily has more on the mysterious chikungunya virus that is spreading in Central America and has worked its way up into the United States.

The Caribbean is on high alert for the spread of chikungunya, known as “the virus of pain.” Its Tanzanian-origin Bantu name means “to contort,” describing the agony it leaves in joints for years.

Some 183,000 cases were detected in the region this year as it spreads from the same mosquitoes that transmit dengue and yellow fever. Central America, according to a report in El Pais, is the epicenter. Puerto Rico has reported 2,000 cases and three deaths.

But the disease has worked its way up to the U.S.; Texas and Florida reported victims who have already contracted it without traveling to the affected regions.