VIDEO: Touching moment an owner is reunited with the dog he was forced to give him up a year ago

Start your day off with a smile.  Seriously, who doesn’t enjoy[1] watching videos of pets being reunited with their owners? 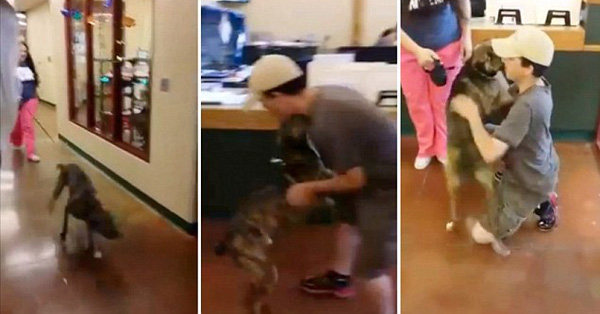 A man who had to give up his dog last year after losing his job and his house had a very happy reunion with his best friend at a Great Plains SPCA.

The man, who has not been named believed his dog, Reece, had gone to a new home after he placed the dog up for adoption at an Independence, Missouri shelter.

But after doing a thorough search for his pooch, he was bowled over when he found out that his dog was still there and went to get him.

Watch the video below. Also, please pass the tissues.