Surveillance on Americans has come, once again, to the forefront of the public’s minds, thanks largely in part to Donald Trump’s accusations against Barack Obama. Trump notably and publicly accused Obama of wiretapping Trump Tower and since then, questions have been flying about government surveillance and Trey Gowdy is taking action[1]. 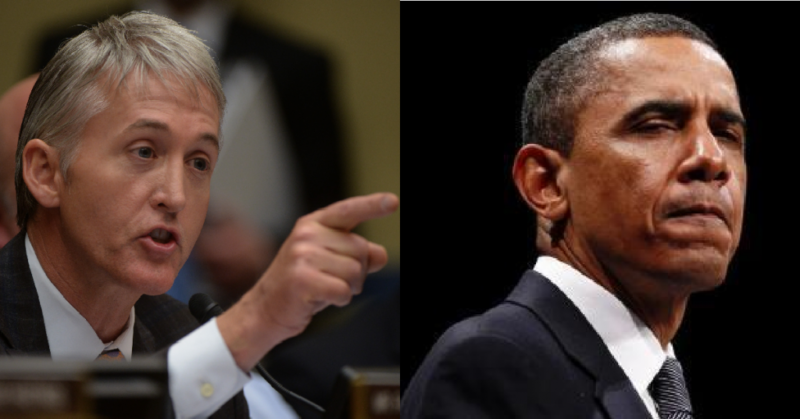 Trey Gowdy has threatened to try to put a stop to government surveillance programs, by refusing the necessary congressional authorization unless officials began answering questions about who in the intelligence community unmasked certain people.

During Tuesday’s House Intelligence Committee hearing, Gowdy grilled CIA Director John Brennan about the CIA’s process for unmasking individuals — revealing the identities of Americans collected in communications with foreigners, that had been picked up in surveillance by the government.

“That is a privilege to be able to request that a U.S. person’s name be unmasked,” Gowdy said. “I want to know who’s making the request [and] what is the evidentiary basis of that request? And if it’s late in your tenure – like the day before you leave office – that should send off alarms and sirens in your head as to why that person did it.” Gowdy also said that Congress needs to look further into accusations against the Obama administration of “abusing” unmasking procedures.

Politicians have, so far, been refusing to answer questions about potential unmasking and Gowdy is clearly fed up. “We’re not going to reauthorize these surveillance programs if the American people are not satisfied that their security is going to be safeguarded,” he said. “The unmasking within the intelligence community, that is a privilege to be able to request that a U.S. person’s name be unmasked and I want to know who’s making the request, what is the evidentiary basis of that request.”

Do you support Trey Gowdy?