VIDEO: Trump: Give me the name of any illegal alien who supposedly works for me & I will fire them

Prominent Hillary Clinton supporter and presidential candidate Donald Trump got into hot water when it was reported that he, like many Hillary supporters, was a hypocrite when it came to hiring illegal immigrants to work for him.  Claiming that he didn’t know, he said that if you give him names he’ll say “You’re fired!” 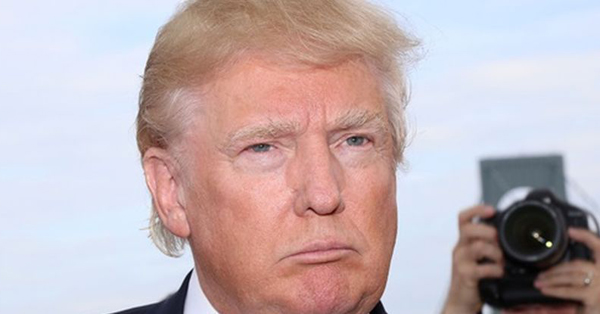 Trump said Wednesday that he “can’t guarantee” that all of the workers he employs have legal status in the United States, and warned that if he were to discover any illegal immigrants working for him, “We would get rid of them immediately.”

A recent Washington Post report that said there are illegal immigrants working at the Old Post Office Pavilion construction site in Washington, which Trump is converting into a luxury hotel.

Trump said that the buck “absolutely” stops with him and that he wished the Post article had named the alleged illegal workers so he could take prompt action.

Watch the video at this link[2] and let us know what you think. Do you believe him?