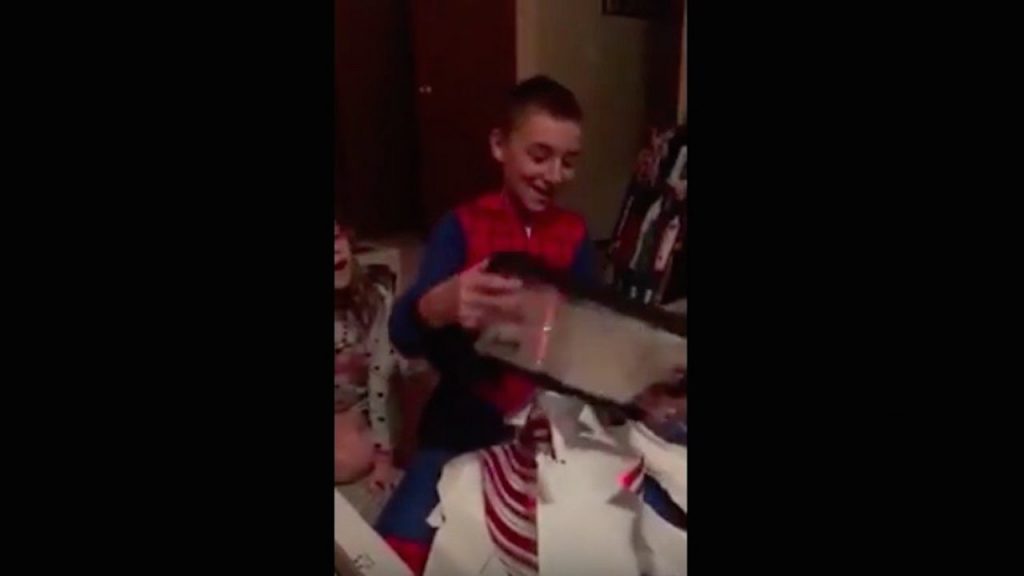 This young boy got the Christmas present of his life this year. When he was only five months old, his mother[2] began dating the man of her dreams. From day one the baby boy and his mother’s boyfriend had a special relationship. Eventually his mother became engaged and then married this man. Now, at eleven years old, this man is the only father he has ever known. And he has been asking for quite some time to be adopted and change his last name to match that of his step father’s.

This Christmas, his parents gave him that gift. But they wanted to surprise him in the process. And that is when this amazing Christmas gift idea was created. He has been asking to be called by his new last name for years previously, but now it would really be official. And if that is not perfect enough, his parents decided to record him finding out on Christmas morning, so the rest of us could feel the joy right along with them.

His mother spoke out about the special Christmas gift saying:

“At his fifth grade graduation in May, he was called up to the stage to get his ‘diploma’ and he told his teachers he wanted to go by Landon Rice… that’s when we knew we had to begin,” she said.

It did not take long for the video to go viral as people all over the world felt the happiness of this family.

“I think we hope that people will learn that love is love – by blood, marriage or connection, and to some people, a small act (such as a step-parent adoption) actually means the entire world,” she said.