With Hillary Clinton finding new and exciting ways to thumb her nose at transparency and the law, people are wondering what the Obama Administration thinks about it all.  Good news, they are “disgusted” by it[1]! Just, not enough to do anything… 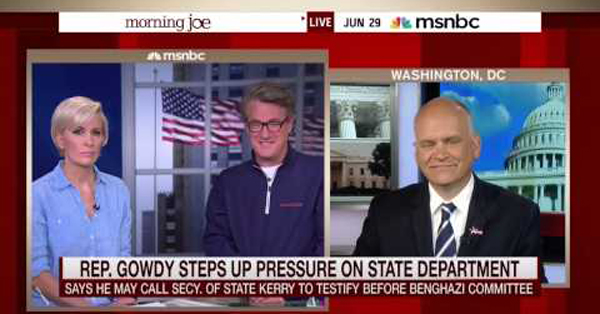 That’s not to say that the Obama administration is entirely enamored of her flouting of the law. Ron Fournier told MSNBC’s Morning Joe that they’re getting pretty “disgusted” by it.

Really? As Joe Scarborough says, if they are “disgusted” by it, then they have an entire Department of Justice to investigate it. The lack of any action speaks louder than any anonymous leaks to the media of their supposed disgust.

Watch the video below. Anytime the Obama Administration wants to be disgusted enough to do something about it, I’m sure we could come together in a bipartisan fashion.