VIDEO: Woman accused of collecting more than $18,000 for cancer she did not have

Horrible! A woman is being accused by her friends of collecting more than $18,000 for terminal cancer that she never had. 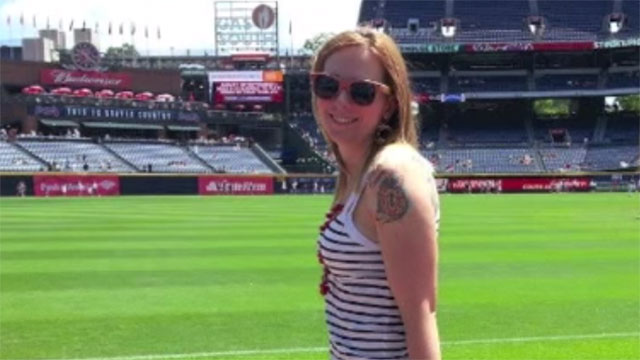 A woman is being accused by her friends of collecting more than $18,000 for terminal cancer that she never had.

Erin Talpey claimed to have terminal brain cancer with just months to live and asked people for help on Facebook.

But two women have come forward to say that after helping her raise thousands of dollars, they found out it was all a hoax.

Talpey contacted CBS46’s Frank Wiley in October to tell him about her cancer struggle. But during the first week of December, Wiley got a call from her friends saying, “Don’t do it!”

According to her friends, her bald head was simply the result of haircuts and her story is an elaborate tale.

“She [told us she] had three to six months left to live; she had brain cancer,” said Lindsay Fournier, one of the friends who helped her raise the money.

Lindsay said the bald head and medicine port on her chest were reminders of Talpey’s struggle.

Fournier and Racquel Ranes made sure that word about Talpey’s cancer spread fast. They even put together a YouTube video that spread online, and money started stacking up for their sick friend’s cause.

Fournier said it only took a couple of months to raise the money, which was just in time for Talpey’s trip to Phoenix for special treatment at the Mayo Clinic.

“I thought there was a chance she would go to Phoenix and possibly die,” Fournier said.

Meanwhile, Raines said she admired Talpey’s strength. “I thought she had to be so strong to go about living the way she did every day,” Ranes said.

The women never made the trip to the hospital, and according to them, neither did Talpey.

Friends wanted to send gifts and encouragement to Talpey’s room at the Mayo Clinic. Instead, Fournier said, Talpey insisted, “‘Oh, I don’t want anyone to send me anything. They can just send it to my house in Atlanta.'”

They thought it was strange, so they called the clinic and were told “She is not a patient of this hospital. We have no records of her,” Fournier said.

Fournier said she texted Talpey to find out what was up, and her reply was location stamped. It showed that she was in a tourist town named Sedona, which is a couple of hours north of Phoenix.

When Wiley paid Talpey a visit, she wasn’t home but she did answer his phone call. She told him she couldn’t talk at the time, but promised that she would call him back. She has yet to do so.

“You cannot keep going around the community in your wig, walking with your cane, telling everybody you’re dying of cancer,” Fournier said.

They were close friends just weeks ago but Fournier says she hasn’t seen Talpey since.

After checking with police, Wiley found that a complaint was filed. The women have also shut down their donation pages.

This is absolutely disgusting. It is people like this that makes people lose faith in humanity. People give out of the goodness of their hearts. Its so sad that someone would take advantage of that.