In a world where courage is at a premium, and acts of courage are even more rare and beautiful to find, one woman risks ARREST for breaking the windshield of a car with a TIRE IRON & CRAWLING THROUGH GLASS – saving the LIFE of a one year old baby boy in Texas[1]: 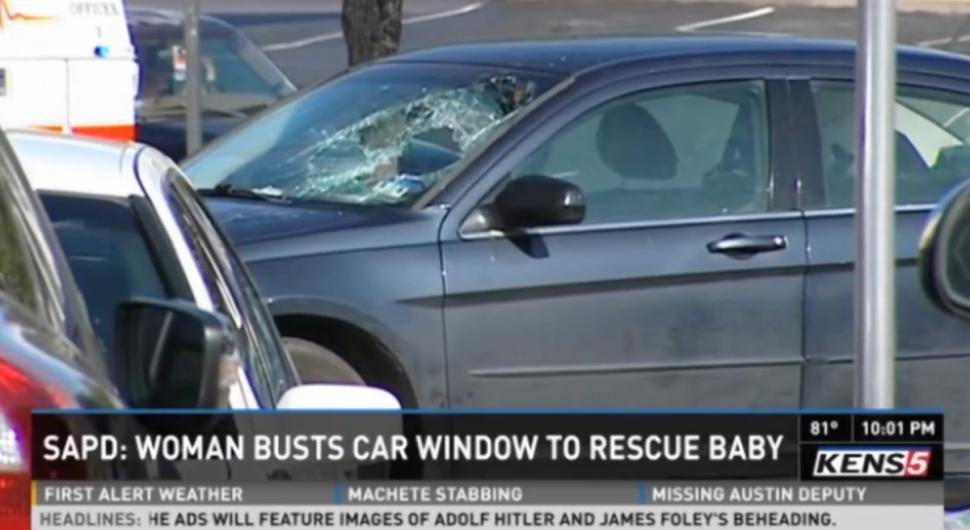 Radtke’s brave actions are quickly making headlines – with most pointing out she was warned by onlookers and the security guard to leave the situation alone.

With the 27 child vehicular heatstroke deaths in 2014 so far, many of those cases making national news, it’s surprising others were reluctant to help her – and those who were afraid Radtke would be breaking the law probably didn’t realize she’d be protected by one.

The basics of the Texas “Good Samaritan” Law are explained as this: “If you voluntarily attempt to help someone who is in an urgent situation as a result of an accident or other emergency, then you are protected from any liability for damages that may result from your care.”

Radtke was questioned by officials after the incident but was released without charges shortly after. The father of the child said he forgot the baby was in the car, and he’s now being charged with child endangerment.

The woman, being hailed as a hero, saw the baby in the backseat of the car – and decided to act. A security guard tried to stop her, saying she would be arrested. Many others were standing around, doing nothing. Her bravery saved the life of this “forgotten” child. Her act of courage may seem small, but it is everything to this little one. The world needs more people like you, Angela Radtke. God Bless you.
Endnotes: