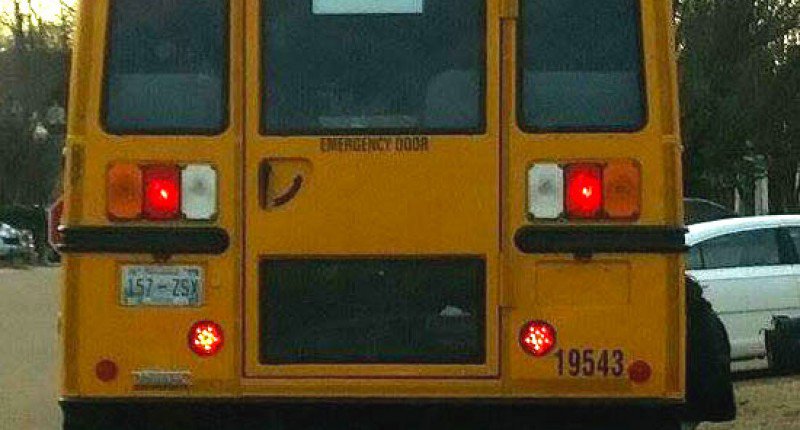 [1]It’s not clear what is more disturbing, seeing pentagrams on a school bus, or getting death threats simply for telling the media about them. A mother was driving in the Memphis, Tenn., community of Cordova when she saw what appeared to be Satanic pentagrams (upside down, five-pointed stars) in the brake lights of a school bus. Freaked out, she snapped a photo and called WMC-TV to report the outrageous sight. [2]

According to IJ Review,

The woman went on to decry the image, saying[3]:

She also pointed to last month’s controversy surrounding wrapping paper that was pulled from Walgreens because it appeared to incorporate the swastika[4] into its design.

“Anyone who fears a God, if not God and Jesus Christ, should be outraged.”

After appearing on TV, she began receiving death threats, so she does not want to be identified. The Cordova school district has refused to comment, and the school bus operator Durham School Services has been unreachable.  This is appalling, and if done purposely, action must be taken to remove the symbols. If the brake lights featured the ichthys Christian fish symbol, imagine how quickly it would be front page news around the country, with lawsuits filed by the ACLU and atheist groups. Satanists are now obtaining recognition as a religion. If so, they are not entitled to extra special treatment.  Watch the video below.