Illegal immigration is a problem. Sure, the left likes to pretend that what America is receiving is all hard working migrants just seeking a chance. But the fact is that many crimes are committed each year in the U.S. by these intruders and the problem is only getting worse. Now, a bloodthirsty, international gang is stepping-up their recruitment efforts in the States to try and recruit more illegals[1] and the end result will be nothing short of horrific violence. 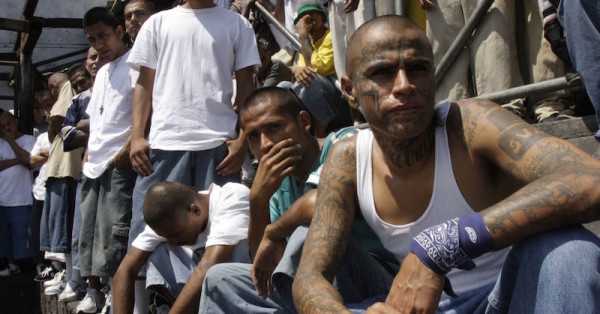 A murderous Central American gang is recruiting illegal immigrants in the Washington, D.C., area as a crime wave sweeps the nation’s capital.

In the last year, eight murders in the Washington area can be linked back to the MS-13 street gang – famous for slashing its victims to death with knives and machetes, The Washington Times is reporting[3].

A recent spike in “unaccompanied minors” – especially 16- and 17-year-olds – surging across the U.S. southern border has helped the infamous gang boost their membership ranks and spurred a new wave of violent attacks across the city.

“They are certainly susceptible,” Ed Ryan, gang prevention coordinator in suburban Fairfax County, Virginia, told The Washington Times. “They are new, they have very little family, they don’t know the language very well. They are looking for someone who looks like them, talks like them.”

MS-13, which originally began their murderous work in California, has spread across the country. Their violence usually occurs in waves as they try to ramp up efforts to reestablish their dominance on America’s city streets.

“What we are beginning to see is an attempt to re-establish themselves as the preeminent gang in the Maryland area,” Montgomery County State’s Attorney John McCarthy told The Washington Times. “They are actively trying to build their numbers again. That is based on direction they are receiving from outside the U.S.”

In 2013, three illegal immigrants were arrested and charged with one of the eight murders in the D.C. area. A 17-year-old was shot in Loudoun County, Virginia. The three young men entered the country unaccompanied and skipped their immigration hearings.

The gang’s “home base” is El Salvador, a country with the third-highest murder rate in the world.

The unaccompanied minors who come to the United States often have no family or connections to the U.S. and are susceptible to recruitment by MS-13 because they speak the language and offer a “family” of sorts.

Renewed concern about the gang comes as one of the largest trials of MS-13 members in Northern Virginia begins this week, with 13 men facing charges related to three gruesome killings and an attempted murder of people who either left the gang, stood up to its members or were suspected of providing information about the gang’s activities to law enforcement.

In 2012, the gang apparently brokered some kind of “peace treaty” with other gangs, which helped keep the violence down. MS-13 apparently shifted their “business strategy” to the sex trade, recruiting young girls to work in brothels. But the truce has apparently collapsed and crime is likely to skyrocket.

“What we are beginning to see is an attempt to re-establish themselves as the preeminent gang in the Maryland area,” Mr. McCarthy said. “They are actively trying to build their numbers again. That is based on direction they are receiving from outside the U.S.”

In January, the indictment of 56 MS-13 members in Boston revealed a renewed focus on snuffing out rival gangs.

The federal indictment states that East Coast MS-13 leaders held a regional summit in December in Richmond, Virginia, where they “told the leaders that their cliques needed to be more active in killing rival gang members.”

It is time to clamp-down. Secure the border, streamline vetting of legal immigrants and make it impossible for illegals to continue to live in the U.S. and force them to relocate to their home countries. Period.