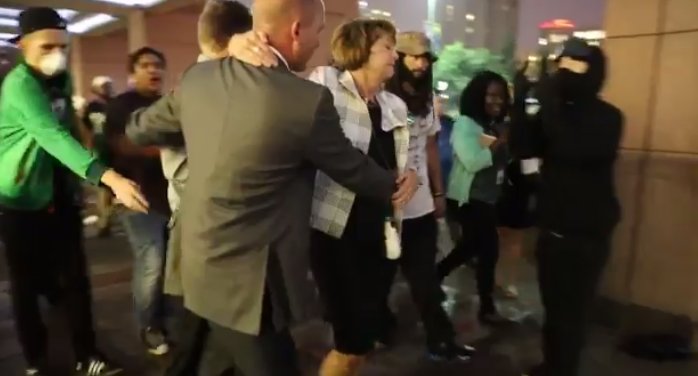 Hillary Clinton [2]may be “resting” or boozing with Obama at Martha’s Vineyard, but her paid thugs are out there doing their usual stuff. Clinton’s thugs in Minnesota were out punching the elderly, spitting on people and throwing things at people as they left a Trump fundraising event in Minnesota. This is your typical Hillary Clinton THUGporter.
Imagine just for one second if Trump supporters came to a Hillary Clinton fundraiser and did the same thing. You think the media aside from Fox would be reporting it? You betcha. It would be a bigger story than LochteGate.

Odds are that the majority of Hillary Clinton thug protesters weren’t from Minnesota. They are too loony up there electing Al Franken and Jesse Ventura. Odds are that these thugs were bused in from Chicago.

So, what do YOU think of this security breach? Do you think the Hillary campaign ordered this?