You would think by now that they would have attempted to fix the voting machines that are giving so many people so much trouble. Alas, there have been many reports today of “irregularities” in their machines that are bothering voters.

Can we all agree that paper ballots are the way to go? 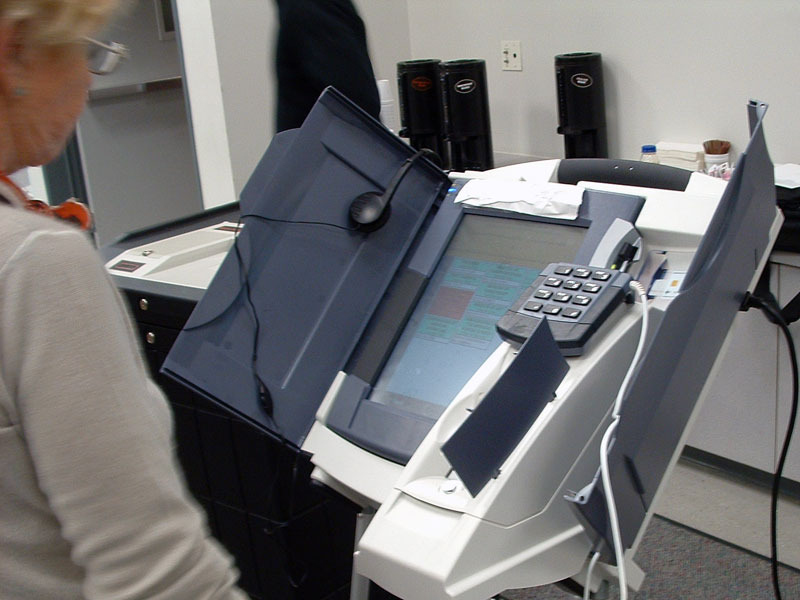 Utah, Tennessee, Texas, Louisiana, North Carolina, Georgia, New Jersey, Philadelphia and Pennsylvania have all been reported to have had some voting machine issues[2].

In Utah, voting machine problems in the southern part of the state forced poll workers to use paper ballots, with some residents sent to alternate voting locations.

Machine issues were reported in Wilson County, Tenn. — and at one point all of the county’s machines went down, according to local reports. Voting later resumed manually.

In Texas, a computer used by election clerks malfunctioned at a polling place, so officials briefly diverted voters to another polling place more than two miles away.

In Louisiana, some early voters were forced to wait as correct machines were installed.

In Durham County, N.C., paper poll books were being used Tuesday due to “tech problems at a few sites.”

In Georgia, one voter reported that “half the machines” were down at one location. Two polling places in Gwinnett County opened late, officials told the Atlanta Journal-Constitution.

Machine issues were also reported by voters in Rahway, N.J., as well as Philadelphia

In Pennsylvania[3], voters claim that the machine changed their vote from Trump to Hillary.

There have been some scattered issues where voters are encountering problems.

Election judges in Clinton Township, Butler County confirmed there were issues with two of their eight automated voting machines. Most of the issues came when people tried to vote straight party ticket.

However, other said they specifically wanted to vote for Republican Donald Trump only to see their vote switched before their eyes to Democrat Hillary Clinton.

“I went back, pressed Trump again. Three times I did this, so then I called one of the women that were working the polls over. And she said you must be doing it wrong. She did it three times and it defaulted to Hillary every time,” Bobbie Lee Hawranko said.

Allegheny County has also been dealing with some Election Day issues.

A video on Twitter shows a man attempting to vote for Donald Trump, but the machine wouldn’t respond.

Is this evidence of rigging? Or is it simply a problem with the machines?