Ahmed “Clock Kid” Mohamed recently moved from the U.S. to Qatar after his “traumatic” experience with his little digital clock — the one that looked exactly like a bomb[1] — it seems there is trouble in their Islamic paradise! 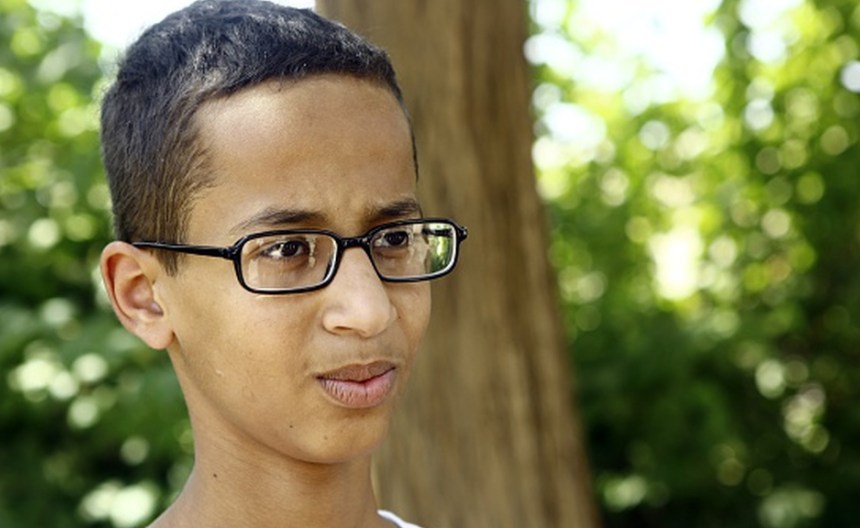 Apparently the boy is homesick and wants to move back to Texas.

Within days of demanding a total of $15 million from the City of Irving and the Irving Independent School District, “Clock Boy” Ahmed Mohamed announced in a long distance phone interview from Qatar, he is homesick and wants to come home to Texas now.

In October, Ahmed accepted a fully-funded education scholarship from the Qatar Foundation, an organization with reputed ties to the Muslim Brotherhood, over an invitation to MIT, which is among the most prestigious institutions of higher learning in the world. The family announced they would relocate to Qatar to accommodate his education, which they did.

Dallas’ KTVT 11 (CBS) interviewed the teen from halfway around the world over Facetime. Now, Ahmed claims he misses Texas. “I want to go back to a place where everyone knows me,” meaning the kids he grew up with. He also hinted a trip to Dallas may be in the works over the Christmas holiday. He told the CBS affiliate he is ready to come home and wants to do so immediately, but insists last week’s armed yet peaceful protest outside the Irving mosque stopped him.

Ahmed told the TV news outlet: “I was scared because I’ve heard what happened recently with, like, people with guns going to my local mosque,” adding: “…I mean, they have the right to do that but it’s scary because I’m afraid, you know.”
The grass is always greener on the other side, isn’t it?

Mohamed and his family must be missing the freedom they enjoyed and took for granted over here, but hey, they’re the ones who decided to make a spectacle of themselves for the sake of fame and fortune, so I don’t really feel sorry for them.

Personally, I feel like his family made a choice when they left, and they should totally lie down in the bed they made. Choices have consequences, and there isn’t always an easy way out.

This seems to be a difficult lesson for these folks to learn.

Let that be a lesson to all other… Un-American, Americans… you can complain all you want about the very land that gives you all you need and could ever possibly want to prosper and seek happiness. BUT…try your hand at living elsewhere. You’ll shut your trap REAL quick… You’ll learn, to be grateful.