Walmart Puts “BLACKLIVESMATTER” T-Shirt Up For Sale, They Do Not Support Blue Lives!?

After an outcry by some top peeps was made, Walmart decided to pull most of its “Black Lives Matter”[1] T-shirts from its website in the wake of yet another police protest. 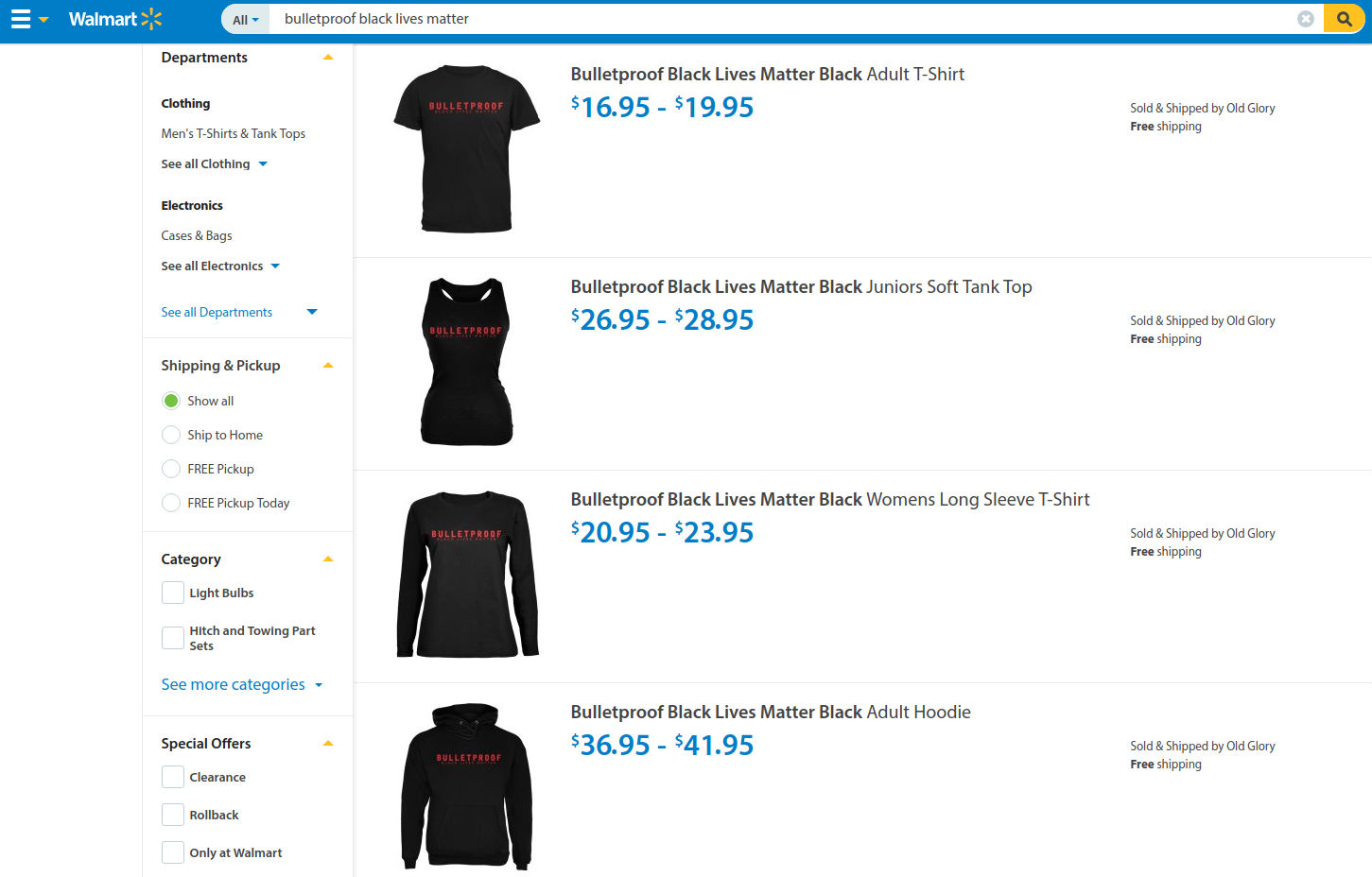 On Tuesday, the president of the national Fraternal Order of Police asked the mega retailer to discontinue selling shirts that say “Bulletproof” in large letters with “Black Lives Matter” written below it.

Chuck Canterbury, the FOP president, wrote to Walmart CEO C. Douglas McMillon Tuesday to say the Walmart website was participating in the anti-police movement by selling the “offensive shirts and sweatshirts.”

“I urge you to prohibit the use of the Walmart name and website for the retail sale of these products.”

Canterbury said that he knew that the merchandise was sold through a third party that advertised on the Walmart site, but he was still “…concerned that allowing these articles to be sold in this way will damage your company’s good name amongst FOP members and other active and retired law enforcement officers.” 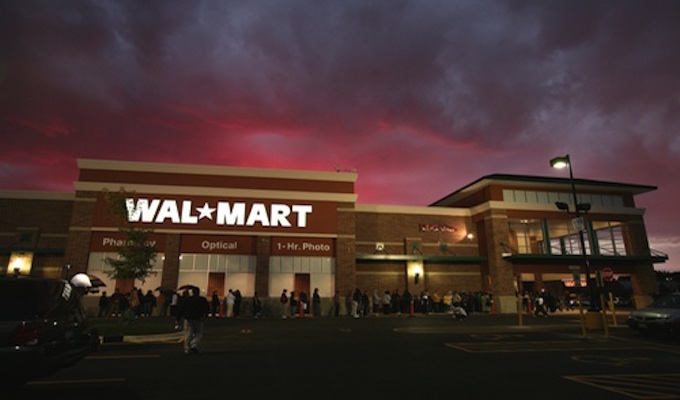 Canterbury said that there was a lot more crucial things to be engaged in than profiting off America’s community-police divide.

“Commercializing our differences will not help our local police and communities to build greater trust and respect for one another. Turning a buck on strained relationships will not contribute to the healing process.”

He also took it a step further and challenged Walmart to make a difference by promoting unity:

“At a time of year when we as a nation and indeed, as a world, should be coming together in hopes of peace on Earth and goodwill toward men, these third-party sellers are profiting from racial division.”

Walmart responded Tuesday night with the sort of blanket statement big retailers usually give…but keep in mind…whatever happened to those items at Walmart that had the Confederate battle flag on them?

“Like other online retailers, we have a marketplace with millions of items offered by third parties that includes Blue Lives Matter, Black Lives Matter and All Lives Matter merchandise. After hearing concerns from customers, we are removing the specific item with the ‘bulletproof’ reference.”