Want To Control Your Dreams? New ‘iBand+’ Device Claims To Do Just That. [VIDEO]

Not everyone has had the opportunity to experience a lucid dream. That is, being aware that you are actually in a dream. These types of dreams don’t come often. I myself have had the chance a time or two to experience these. Some of them were great, while others played out like a season of ‘American Horror Story’.

It was a rough period in my life.

Well, now an Amsterdam-based company is claiming to have invented a device that will put you in the control seat of your dreams, in essence making your dreams into your own VR playground. The makers claim that the device works so well, you will be able to produce and create your own dreams. If that’s true…STAR WARS HERE I COME! 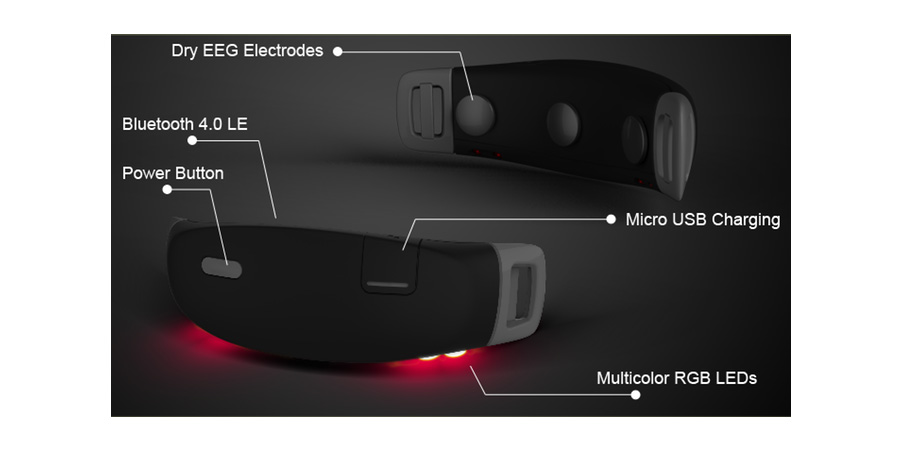 The new headband is called iBand+ and claims to assist users in taking control of their sleep by creating lucid dreams, allowing them to ‘fulfill any fantasy and experience’ whatever their heart’s desire, which is a freaky way of saying you can play God in your head. There are warning lights going off in my head, but that may just be all the Hollywood films that depicted similar premises that turned out horribly wrong!

The makers of the device have decided to rely heavily on Kickstarter and are currently running a fund around $300,000, which is a far cry from their original goal of $56,000.

The device itself is described by the makers as ‘a truly smart wireless Bluetooth EEG headband‘ that ‘senses your brain waves with laboratory level accuracy.’

The band has embedded in it ‘special health tracking sensors’ which take into account the user’s body movement, heart rate and body temperature. Using this information throughout the sleep cycle, the band acts to ‘play and intelligently adjust audio-visual signals’ to generate lucid dreams.

The audio-visual stimuli that the band produces is created by a combination of soft flashing lights located above the eyes, which using sounds played through the headband’s speakers.

Rapid eye movement and non-rapid-eye-movement are the two sleep phases, or REM and NREM. REM is the phase that gives you deep sleep and your dream state. NREM is usually what light sleepers experience, as you can be easily woken.

According to the makers, the iBand+ is configured to sense this REM phase, at which point it starts it’s audio-visual cues to begin the adventure.

The makers gave this explanation for the process:

‘These subtle external stimuli of light patterns via the LEDs on headband and sound from the pillow speakers appear as anomalies in your dream making you aware that you are dreaming without waking you up.’

Retail price for this bugger is projected to be around $312…that is if it ever makes it to market of course.