IT’S WAR: France Is Doing What Obama Is Too Scared to Do

HUGE! The infamous “Calais Jungle” is getting TORN down! Once a very popular place for tourists, it is now a hell hole where Muslim migrants stay illegally and trash. It’s taken France a long time to come to an understanding, but now they realize if nothing is done, their entire country will reflect the standard of living that is taking place in Calais Jungle. Which would be HORRIFYING… 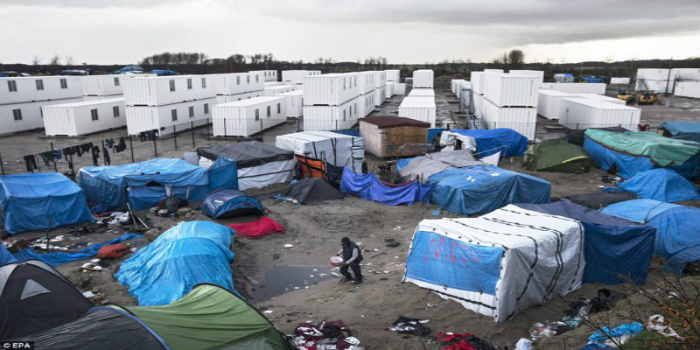 Calais is not just a “black spot” on Europe, but many Europeans look at is as the face of Europe’s future if Islam takes over.

It has taken a long time, but the French are finally pushing back against the Muslims in Calais. So much is the pushback that the mayor of Calais has promised to destroy a large part of the camp and displace thousands of Muslims in the process:

Thousands of refugees living in the so-called Calais ‘Jungle’ will soon lose their makeshift homes as the northern half of the camp is set to be demolished.

Calais mayor Natacha Bouchart told journalists on Monday that the remaining half of the camp would soon be dismantled, though no date has yet been given.

“We can’t wait any longer, we need to know as soon as possible when and how the Jungle will be torn down,” she said.

“It is absolutely urgent for this town, its people and its businesses.”

Well, it’s good to finally see France drawing a line and not being afraid to make a choice to protect themselves. You can’t help others if you’re falling apart yourself.