This election brings a whole new life to the term… ‘friendly fire’[1].

Since the release of Trump’s lewd sex talk video, things have been pretty…ugly. Not that the GOP was a team playing group before, but you know what I mean. 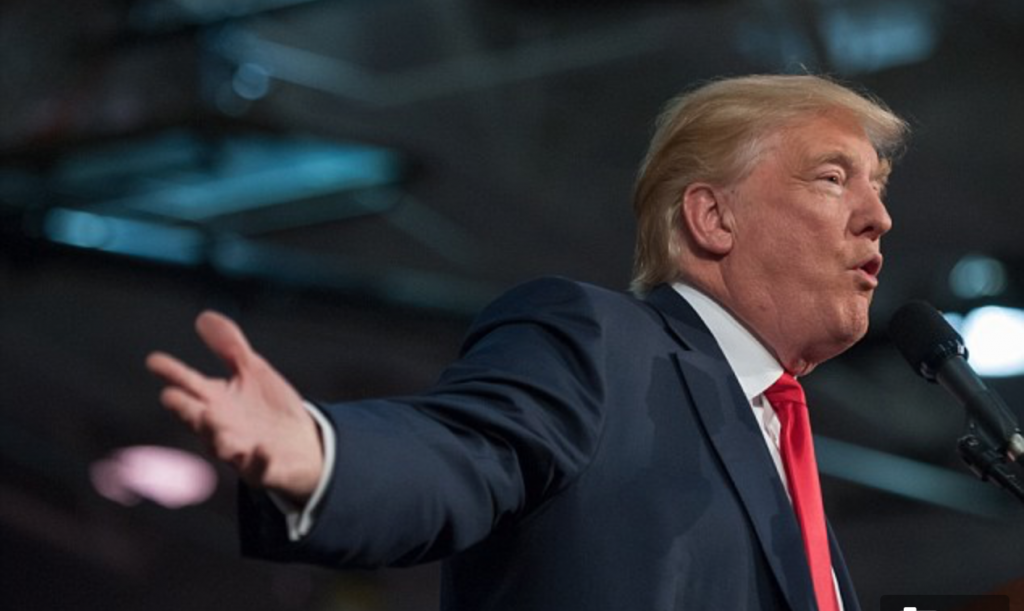 Lots of rumors are flying…but here is one that is certain.

Paul Ryan is not going to withdraw his endorsement for Trump, but he is also not going to be campaigning for Trump either. In a statement to his fellow Republicans on Monday, he told them “you all need to do what’s best for you and your district.”

He hit back stating that Mr. Ryan ‘should take more time on balancing the budget, jobs and illegal immigration and not waste his time on fighting Republican nominee’.

That was Monday…Tuesday was a whole different ball game, when the Republican Presidential nominee decided he had more to say about Ryan. One could safely say things have escalated. 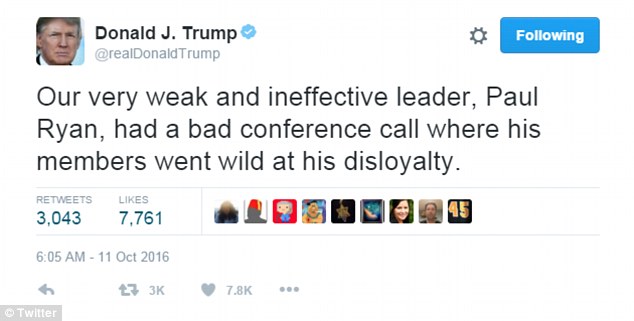 I think it’s a safe bet to say that things have gotten pretty messy since the release of Trump’s nasty talk video. Now people are coming out of the woodworks to defend him or scorn him.

I give you Exhibit A:

‘Trump has said some things that are very vile back when he was supporting people like Bill Clinton, but if you’re Bill Clinton’s big buddy, like he was at one time, you’re going to talk like Bill Clinton and I think we need to forgive him for talking like big Democrats, like Clinton and other foul-mouthed people,’ Gohmert said.

‘Now he is a Republican, James Dobson tells me he’s become a Christian. So look, we forgive him for the past because he’s asked for it.’

I’m going to just keep it real here. Stating that Trump’s actions in this video are a result of being Bill Clinton’s friend and knowing that it came out of a Republican’s mouth…had me in full ‘CRINGE’ mode.

We are Republicans and we take ownership over our own mistakes. We do not pass the blame. That’s for cowards.

Anyone who is defending the obviously ‘wrong doing’ of Trump in the video needs a reality check. He was wrong, it was nasty and he cannot take it back or blame it on anyone else. That’s a fact. Don’t we — unlike liberals — like to find truth through the facts? Why are some of us now going back on that? Shameful.

As I said earlier, we take ownership for our wrong doings. Sometimes it is better to just be quiet and allow the wrongdoer to self-correct on their own.

…and that’s what Trump did. He took ownership of his crappy video and nasty attitude and he faced America and apologized for it. No excuses, no storytelling. Then, he pressed forward and back into the work.

Here’s hoping people will stop trying to come up with excuses for him. There is no excuse for that kind of behavior. There is only acknowledgment, sincere apology and forgiveness.