The GOP gets it’s fair share of (deserved) grief from conservatives, but if there’s one thing they do right it’s web videos.  Here they compared Hillary Clinton[1] to Dos Equis’ “Most Interesting Man in the World.”  Laughs ensued… 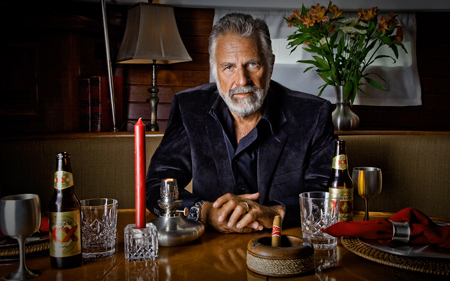 The 30-second clip mocks the news circling the Clintons and their foundation in recent months pertaining to her handling of government emails on a private server and the unreported donations from foreign countries.

In her latest press conference, she attempted to explain herself–but only deflected questions and chalked up the use of personal email to a matter of “convenience” in operating one device instead of two – which was false since she had been caught saying she used both an iPhone and a Blackberry.

As the ad says, “stay secretive, my friends.” Watch and LOL…