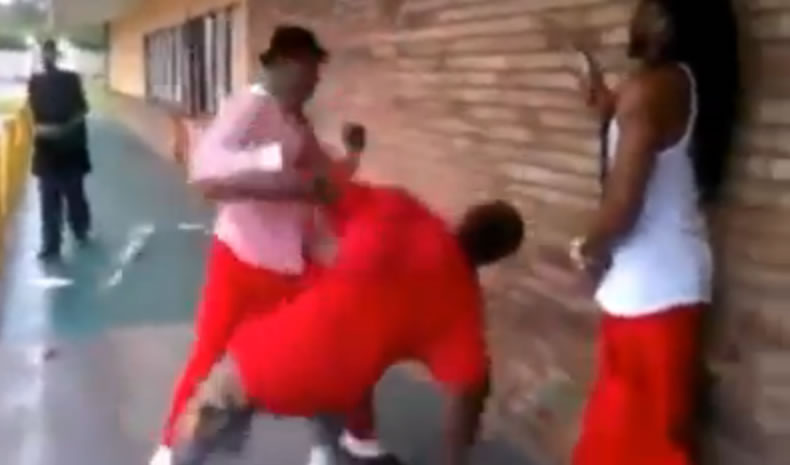 [1]
There aren’t many more satisfying things to watch than some street thug who is probably drunk or high, amble up to a pro and try to pick a fight. With a can of some substance in his hand, this naive guy walks up to Champ, a retired boxer, and challenges him. Champ isn’t doing anything but standing there calm, cool and collected. You can hear people yelling in the background at Champ not to let loose on the guy, knowing the guy won’t stand a chance.[2]

This guy should really think twice about who he talks trash to. Despite numerous warnings from bystanders he continues to provoke the retired boxer until with one good right hook ends up face down out cold. Moral of the story Don’t pick a fight with a guy called ‘Champ’.

Watch the video below. Champ takes him out instantaneously with barely one or two jabs.