WATCH: Ted Cruz Responds When He’s Asked on CBS If He Would ‘Take’ Away Health Care From 16 Million People as President

The internet is not lacking for strong opinions on Ted Cruz and his run for President.  However, when you see how he handles the MSMs questioning on ObamaCare[1], you see why so many are fans of his… 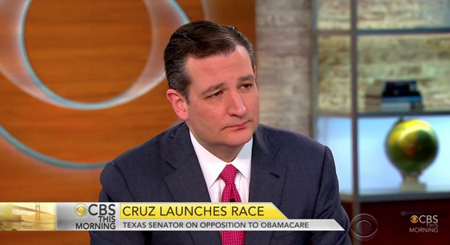 People are going to argue about style and tactics from now until next November.  However, if Cruz continues to handle the press like this, everything is going to be a’ight!  Watch below.